"You have been the worst Foreign Secretary ever," Abdul Basit's scathing letter to Pakistan envoy to US 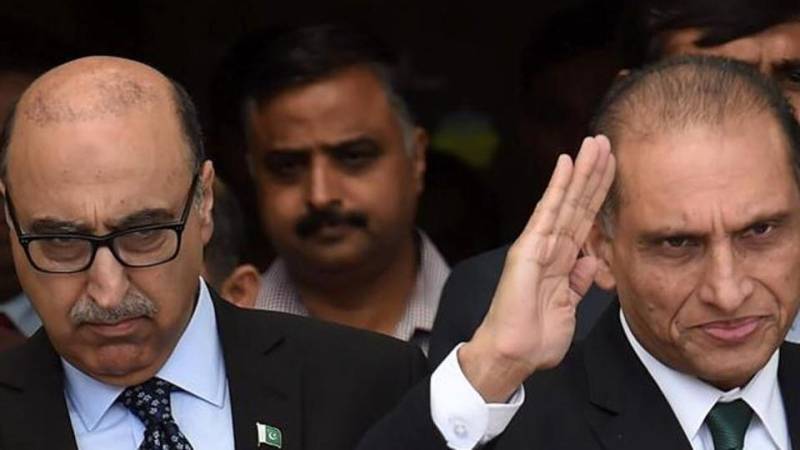 ISLAMABAD - Pakistan’s former ambassador to India, Abdul Basit, has described the country’s envoy to the US, Aizaz Ahmad Chaudhry, as the “worst foreign secretary ever” in a scathing letter that has been widely shared on social media.

In the letter purportedly written from New Delhi on July 5 this year, Basit was reacting to a farewell letter sent by Chaudhry in March.

“The more I think the more I am convinced that you have been the worst Foreign Secretary ever. My concern is that you would also end up being the worst Pakistan Ambassador in Washington DC,” Basit wrote.

The letter listed several reasons why Chaudhry was “not made for the delicate profession of diplomacy”, including the joint statement issued by India and Pakistan after a 2015 meeting between Prime Minister Narendra Modi and then premier Nawaz Sharif at Ufa, Russia, that referred to an agreement on the national security advisers of the two sides discussing “all issues connected to terrorism” but contained no reference to the Kashmir issue.

Basit, who opted for early retirement and was replaced in New Delhi by Sohail Mahmood, has been silent on the letter since it began circulating on social media on Monday. Local media quoted its sources in the Foreign Office as saying that the letter is genuine.

Basit and Chaudhry share some history – in December 2013, Basit was widely tipped to become the foreign secretary when the government chose Chaudhry for the post at the last minute. At the time, Basit was the envoy to Germany and had even returned to Pakistan in anticipation of being appointed to the post.

In February this year, the government picked Basit’s junior Tehmina Janjua as the country’s first woman foreign secretary even though Basit had again been tipped for the post. At the same time, Chaudhry was named Pakistan’s envoy to the US.