Celebrities expecting babies – What’s due next? 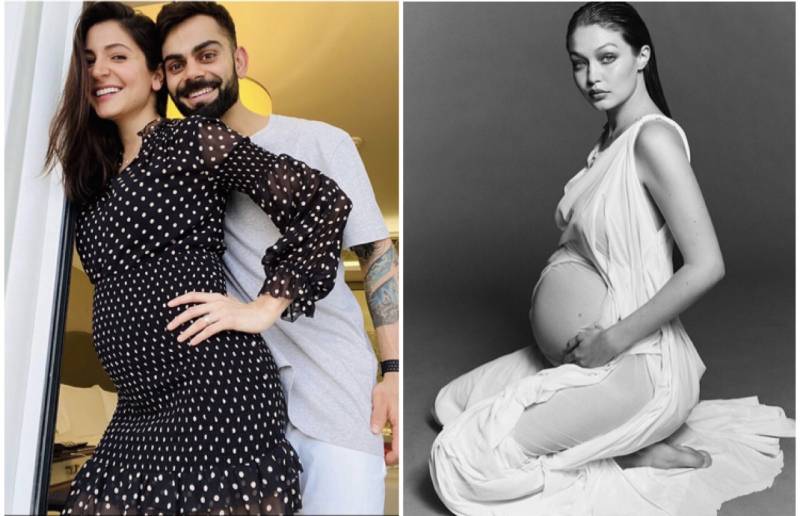 In the year of terrible confusions and an array of stress, we still have a bright spot. Our favorite celebrities are expecting a new family member, and it’s entirely awe-worthy. This year has already overwhelmed us with newborns like Hamza Ali Abbasiand Naimal Khawar’s beautiful son, but the trail doesn’t end just there. Here are our favorite celebrities who are soon to be parents, and we just can’t wait!

Bollywood actress Anushka Sharma and Virat Kohli are expecting their first baby in January 2021. In a recent Instagrampost, the actress wrote with a picture of her husband and herself. ‘And then we were three! Arriving in Jan 2021!’

Model Gigi Hadid and One-direction star Zayn Malik are expecting their first baby any time now. Said to be due in September, they’re all set to welcome the new family member. The couple relocated before the due date in plans of giving birth in New York. Gigi Hadid mentioned that she has been documenting her entire pregnancy because she believes it’s something one wouldn’t want to miss.

The Pretty Little Liars star is expecting her first baby with husband Hudson Sheaffer. The mom-to-be shared in an Instagram post that they’ll be welcoming the precious little human baby in October. She also added Motherhood will be her favorite role ever!

carmella is gonna be a big sister!!! our rainbow baby is coming in january 🌈

The famous singer is all set to welcome her second baby in January 2021! The singer announced the big news with a recent Instagram post with a picture of herself and her first daughter wearing an oversized sister-to-be T-shirt.

To sum it up, it’s technically raining babies this year and the coming one. We can’t really decide which one we’re the most excited for. All in all, we couldn’t be happier for all the couples expecting a new family member!