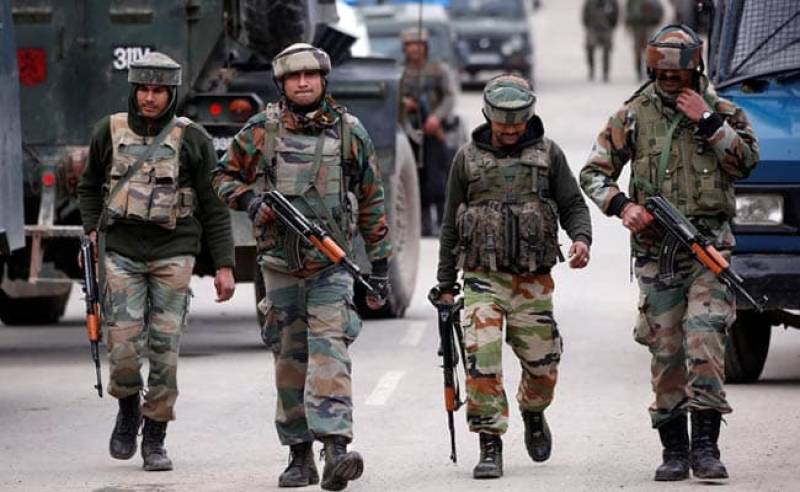 ISLAMABAD - Pakistan on Saturday strongly condemned the extra-judicial killing of four more Kashmiris in staged encounter in Shopian region of Indian Illegally Occupied Jammu and Kashmir (IIOJK) and the restrictions on religious processions and gatherings during Muharram.

"Nearly three hundred innocent Kashmiris, including women and children, have been martyred by the Indian occupation forces in fake encounters, so-called "cordon and search" operations, and other instances of use of brutal force including pellet guns during the last one year," the Foreign Office spokesperson said in a statement.

He said that the Indian inhuman methods to subjugate the Kashmiri people through killings, torture, forced disappearances and incarcerations had failed in the past and would not succeed in the future too.

The long communications blockade and Indian attempts to muzzle the media, including targeted campaigns against Kashmiri male and female journalists, are further illustration of how the brutalization of Kashmiris continues to accentuate under the RSS-BJP regime, he remarked.

He said the perpetuation of India's state-terrorism could not break the will of the Kashmiris or quell their efforts to secure their inalienable right to self-determination as enshrined in the relevant United Nations Security Council (UNSC) Resolutions.

He said it was also the collective responsibility of the world community, including the United Nations, to work for peaceful and permanent resolution of the Jammu and Kashmir dispute in accordance with the relevant Security Council Resolutions and the wishes of the Kashmiri people for durable peace and stability in South Asia.

"Pakistan will continue to expose India for its illegal and unacceptable actions in IIOJK and extend its full support to the Kashmiris in their just struggle for the inalienable right to self-determination," he resolved.