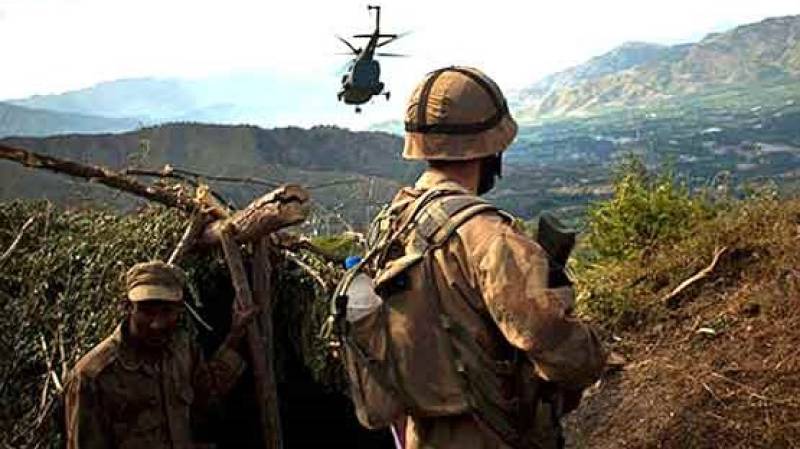 At least two militants were killed and three wounded when troops of the Pakistan Army gave a "befitting response" to the firing from the Afghanistan side on a military post in the Bajaur District, the Inter Services Public Relations (ISPR) said on Sunday.

"As per intelligence reports, due to fire of Pakistan Army troops, 2-3 terrorists got killed and 3-4 terrorists got injured," a statement by the military's media wing said.

In the exchange of fire, Sepoy Jamal (28), resident of Mardan, and Sepoy Ayaz (21), resident of Chitral, embraced martyrdom, it added.

"Pakistan strongly condemns the use of Afghan soil by terrorists for activities against the country and expects that the existing and future setup in Afghanistan will not allow such activities against Pakistan," the statement underscored.

A terrorist was killed across the border inside Afghanistan in a similar incident three days ago when security forces responded to firing on a military post in the Lower Dir District, according to the ISPR.

The ISPR, citing intelligence intercepts, said, "One terrorist was killed and two to three were injured".

The statement said that due to firing by terrorists, Havaldar Gul Ameer (36), resident of Lakki Marwat, got critically injured. He later embraced martyrdom during treatment at a hospital.