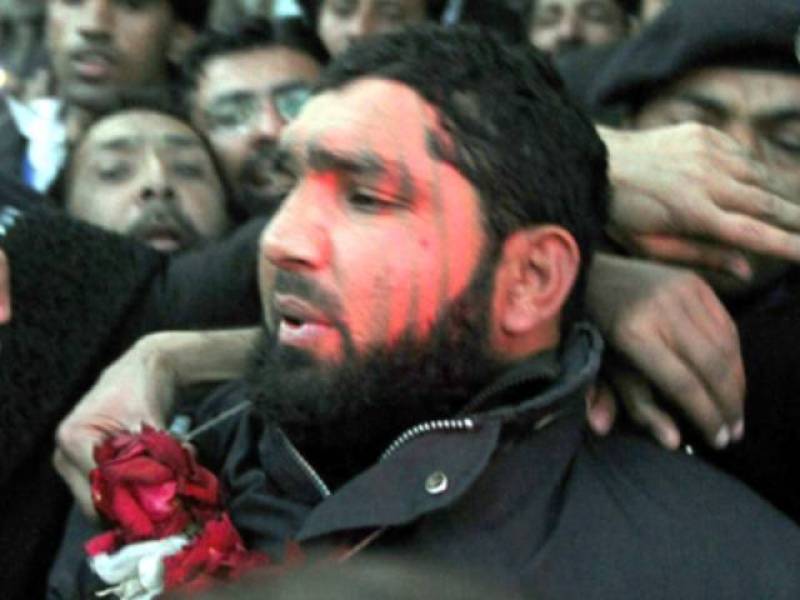 Mumtaz, a former police commando, assassinated Taseer in Islamabad’s Kohsar Market on January 4, 2011 for his support to a blasphemy accused. An Anti-Terrorism Court convicted and condemned him to death – a ruling also upheld by the Islamabad High Court and Supreme Court.

He had filed a mercy plea before President Mamnoon Hussain after Supreme Court maintained his conviction in October last year.

Religious parties had threatened nationwide protests if Qadri is hanged. In view of a possible backlash, the president’s family has been moved from Karachi to the Presidency in Islamabad.

Reports of Qadri’s execution started pouring in earlier today as his supporters started a Twitter trend to call for protests against the expected hanging.

Strict security measures were taken within the jail premises and a heavy contingent of Law Enforcement Agencies (LEA) personnel were deployed to avoid any untoward incident.

All routes leading to the Adiala Jail were sealed. LEAs personnel were also deployed across the city in view of agitation and protests.

The body of Mumtaz Qadri was handed over to his family members and was moved from the jail under tight security cover.

Qadri's last meeting with his family was arranged late on Sunday night.