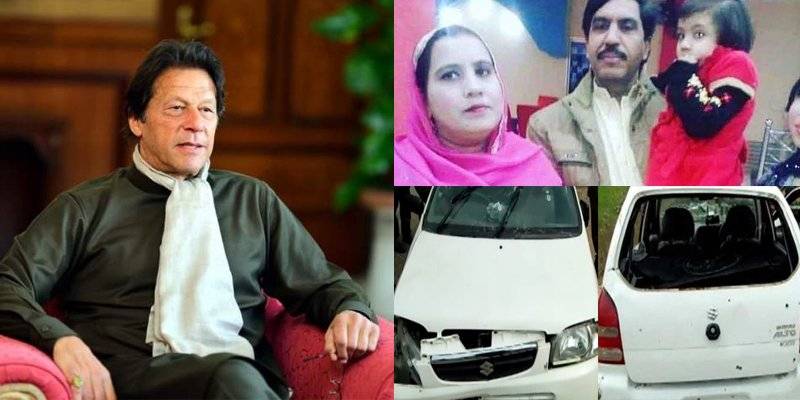 ISLAMABAD – The Senate Standing Committee on Interior Tuesday wrote a letter to Prime Minister to form a Judicial Commission on Sahiwal incident so as to provide justice to victim families.

The Senate Committee convened a special meeting where victims families were also invited to present their statements and viewpoints.

The Committee members and victims families, having consensus on formation of Judicial Commission, asked the Prime Minister, who is also Minister for Interior to announce a Commission on Sahiwal incident, headed by Judges of High Court, so that those responsible of the horrible incident could be taken to task.

Rehman Malik said the Chairman Senate in a ruling had directed the Committee to probe, fix responsibility, suggest a plan to check such incidents in future and also plan to look after children of victim families of Sahiwal incident.

Senator Rehman Malik was of the view that the police cannot be given license to kill and even if there was evidence against them. The Committee must be given a reason for them not be arrested instead.

"It is an alarming situation that how lawlessly unarmed civilians were killed in daylight by Punjab Police on the main highway in front of dozens of citizens around," he said and added that all questions submitted to Punjab Police and Ministry of Interior must be responded to in detail.

The Chairman said the Committee has presented an interim report in Upper House while the final report in this respect would be submitted soon.

He termed the Sahiwal incident as painful and said the Standing Body had asked 41 questions from Ministry of Interior and government of Punjab, out of which some were answered.

The family members of four people killed during the alleged encounter by the Counter Terrorism Department in Sahiwal appeared before the Committee and recorded their statements.

They were brought to Islamabad from Lahore by official transport which was provided by Senate Secretariat.

Family members of Sahiwal incident demanded the formation of a judicial commission to probe the killing. They said that they are dissatisfied with the joint investigation team probing the incident.

"I have come to Islamabad with the hope of getting justice," said the mother of Zeeshan, the car driver who was killed in the incident.

Mother of Zeeshan said her son was doing a computer business and was the sole bread earner for the family.

She said, "It is quite surprising for me, he (Zeeshan) has been allegedly declared terrorist. He was leading a peaceful life and never involved in any terrorist activity. I just want that Zeeshan should not be declared as a terrorist."

On the other hand, Khalil's brother Jalil said that they were allegedly receiving threats and demanded security. Khalil along with his wife and daughter were among the four killed in the tragedy.

Rehman Malik said the statements of bereaved families would be made part of an official record of the investigations.