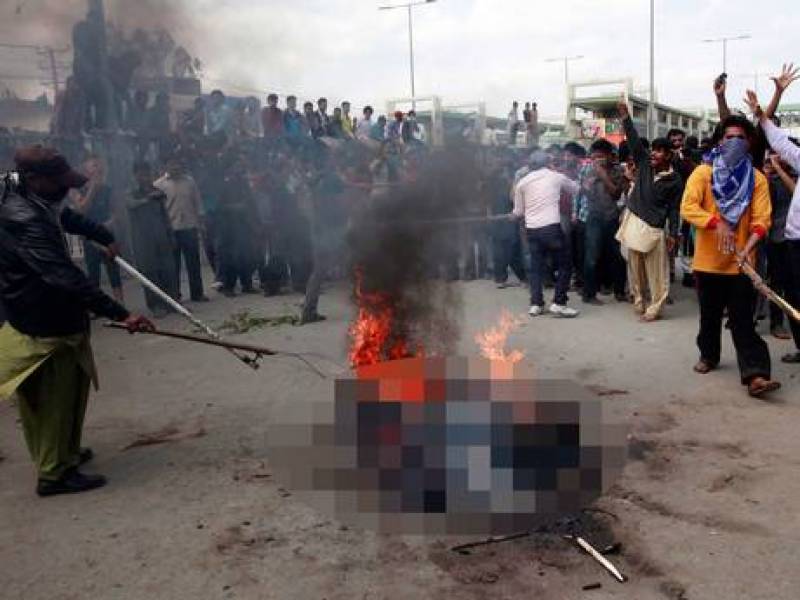 The court acquitted the accused after being pardoned by the legal heirs of the victims- Babar Noman, and Hafiz Naeem.

The legal heirs- Muhammad Iqbal, Muhammad Nawaz and Khadija Bibi- pardoned the accused in their statements before the court.

Two suicide attacks outside two churches in Youhanabad on March 15, 2015, had sparked off violent protests in the Christian locality. As a result, two Muslim men, happened to be in the locality, were burnt to death by the angry mob.

The victims were identified as Babar Noman, a tailor, and Hafiz Naeem, a glass cutter, of the same locality. Later, the Nishtar Town police registered two FIRs against the accused.

The police had nominated 42 accused in the cases but two accused passed away during the trial.

Meanwhile, the court also acquitted 47 accused involved in ransacking during protests in the aftermath of two suicide bomb attacks outside two churches in Youhanabad. The court acquitted the accused after giving benefit of doubt to them.

The court announced the decision after hearing arguments of the parties and examining available evidence.

It is pertinent to mention here that Nishtar Town police registered two FIRs against the accused.