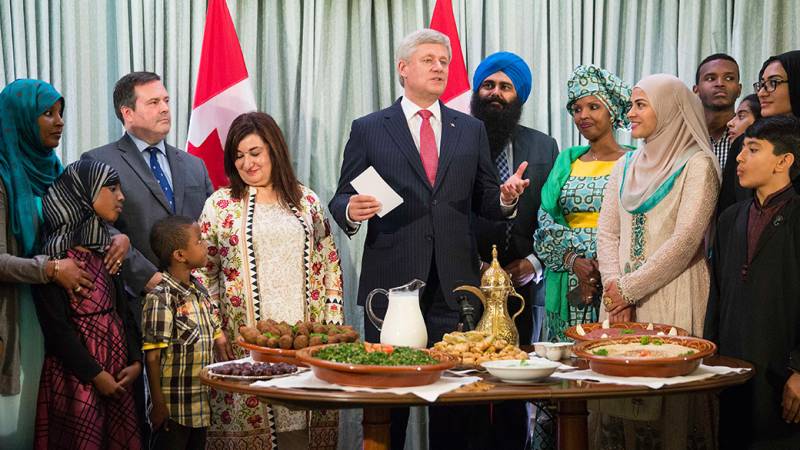 The staunchly-right wing leader of the Conservative Party of Canada said that "this house belongs ultimately to all Canadians," reported Al Arabiya News.

"And I hope all Canadians, especially our Muslim friends and neighbors, share in these blessings tonight," he continued.

The invitation was a surprise for Canadian Muslims who grew accustomed to what they deem as Harper’s anti-Muslims diatribes, including the latest conservative bill to ban niqabs during citizenship ceremonies.

"This event certainly came as a surprise to many given the government’s record of action that has alienated, marginalized, many Canadian Muslim communities," Ihsaan Gardee, executive director of the National Council of Canadian Muslims said.

Ihsaan added, "Given that it is election season, we hope that this event is not merely a vote-soliciting tactic but a real sign of change of tone and attitude."