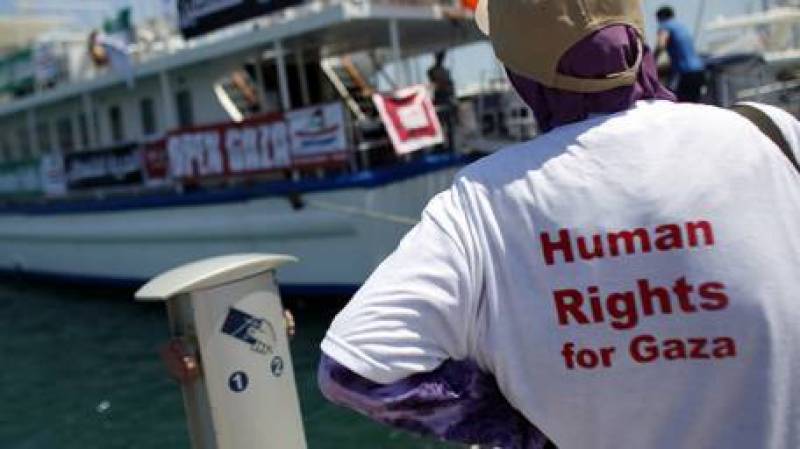 TEHRAN (Web Desk) -Israel has blocked a boat leading a four-vessel protest flotilla of foreign activists from reaching the Gaza Strip and forced the vessel to sail to an Israeli port Ashdod.

According to reports the boat had a few dozen Europeans, including politicians, on board and had been heading for the blockaded Palestinian territory of Gaza.

The flotilla is the latest in a series of protest voyages across the Mediterranean against Israel's nine-year blockade of Gaza.