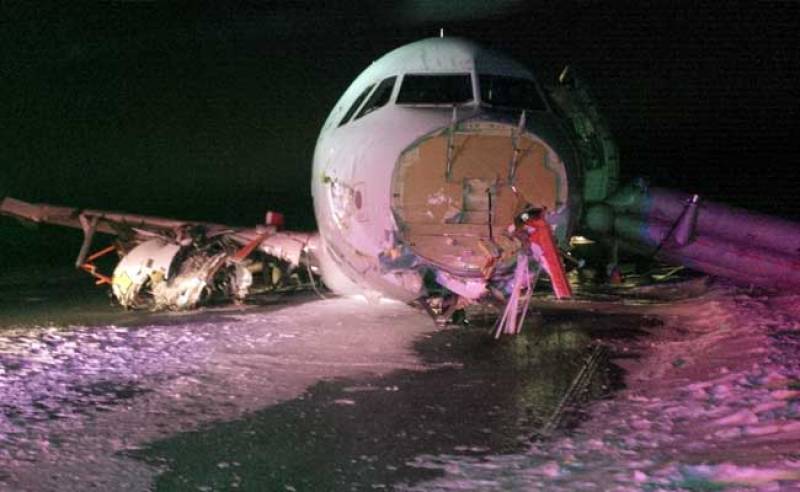 MONTREAL, CANADA (APP) - An Air Canada jet came off the runway after landing at Halifax's main airport in Nova Scotia on Sunday, sending at least 23 people to hospital, officials said.

The airline said earlier on Twitter that flight AC624 from Toronto "exited runway upon landing at Halifax."

It did not say what caused the Airbus A320 to leave the runway after landing at Stanfield International Airport around 12:43 am (0343 GMT) on Sunday.

But heavy snow was falling in the eastern Canadian city and Environment Canada issued a snowfall alert, warning of low visibility.

Two of the injured passengers required "urgent attention" but most were being treated for minor cuts and bruises, Spurway said.  Five crew and 133 passengers were on board the plane, according to Air Canada.

One passenger said they were made to wait in the snow after exiting the plane, including injured fliers.

"There was a couple people, all bloodied. Everybody was able to get out, but what was worse was that they left us for an hour outside in the blowing snow," Lianne Clark told the Canadian Broadcast Corporation.

She said some ran from the plane "because the fuel was coming out and we were scared." Spurway said passengers appeared shaken as they left the plane, describing the incident as "scary."

Greg Wright was waiting at the airport to meet his 13-year-old son. He told CBC News he initially thought his son was joking when he called to say there had been an accident.

Power was out at the airport at the time of the incident, but Spurway did not say whether the accident was linked to the accident.

"We did lose power, we're not sure if the two incidents are connected. They may be but we're not sure," he told AFP.  Back-up generators were running when the flight landed and the runways were lit, he added.