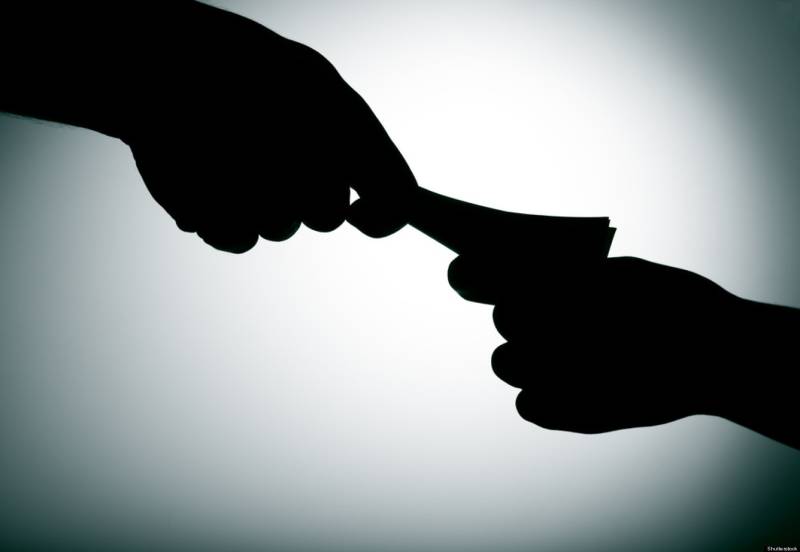 As the corrupt and economy go hand in hand throughout the world Transparency International has released "Corruption Perceptions Index 2014," a report that ranks the countries at a scale of 0 to 100 with respect to its unfair monetary practices. According to TI the top slot was shared by Somalia and North Korea whereas other most corrupt countries mostly included war torn countries like Afghanistan, Iraq, Libya, Yemen and Sudan.

Pakistan was ranked at 48th position according to the index where government architectures provide an easier means for corrupt politicians, businessmen, or military officials to exploit the system.

Somalia may just be the most unstable country on the entire planet. The country has become infamous in the United States as being the setting for the Blackhawk Down incident, as well as the country’s pirates who are known to take over passing ships in the Gulf of Aden and Indian Ocean. The country is barely held together by an incredibly loose central government, and is more accurately being run by a number of competing clans and warlords, creating lots of hostility and division.

The world’s biggest wildcard is North Korea. There is little doubt in anyone’s mind that the country is immensely corrupt, having been effectively run into the ground over the past half-century by Kim Jong Sun, Kim Jong Il and now Kim Jung Un, all of whom the country’s citizens affectionately have referred to as ‘Supreme Leader’. The CIA lists North Korea’s government as a ‘communist state one-man dictatorship’, with an estimated GDP of $28 billion as of 2009.

One country that has been wrapped thoroughly in the grasp of war for many years is the African nation of Sudan. Long-standing conflicts between competing factions and ethnic groups have destabilized the country’s ability to efficiently operate from an economic standpoint, and the result has been devastating to many of the country’s citizens. South Sudan has also recently broken-off from the rest of the country, taking with it vast oil reserves. CNN reports that Sudan’s GDP was expected to contract by a fair amount due to South Sudan’s departure.

Afghanistan has an incredibly difficult history to try and condense. The area has been inhabited for a very long time — and its geographic location has also put it in the middle of many conflicts over hundreds, if not thousands of years. There’s a reason the country has been stuck with the nickname ‘the graveyard of empires’, as it is incredibly difficult to not only conquer, but to keep under control.

One of the world’s youngest countries, South Sudan officially declared independence in 2011, following long-standing conflicts with its parent country, Sudan, which gained its independence in 1956. Between the mid-1950s and now, conflicts in the region have resulted in the deaths of as many as 2.5 million people, or so the CIA contends. South Sudan now stands as an independent republic, composed of 10 states.

Many people may be surprised that Iraq isn’t higher on the list of the world’s most corrupt countries, but its certainly up there. It’s no secret the current state of affairs in Iraq is a total mess. After the second American invasion in 15 years, the pullout of U.S. forces has left Iraq a virtual power vacuum, with several different sects fighting for power over the embattled nation. Fighting is mostly concentrated between the Kurds, the Shiites and the Sunnis, but the arrival of ISIS from Syria has added additional issues.

Turkmenistan resides in a dangerous neighborhood, to say the least. Bordered by Iran, Afghanistan, Uzbekistan and Kazakhstan to the north, the country lies in a virtual hotbed of corrupt states. With the constant turmoil all over the Middle East, it’s been very easy for the country to fall into corrupt affairs, especially concentrated at the top from the authoritarian presidential figure, Gurbanguly Berdimuhamedow.

One of the lesser-traveled nations in the world, Uzbekistan finds itself as one of the world’s messiest countries. From an economic standpoint, things appear to be going alright with 8% growth in GDP during 2013. In fact, information from The World Bank indicates the economy of Uzbekistan has remained more or less the same through the financial crisis which has crippled systems in Europe and North America.

Few nations have experienced as much turmoil over the past few years as Libya. The country’s government saw its downfall during a mass uprising and protest, which ultimately led to protestors parading around with the body of former president Muammar Gaddafi on the streets. The country’s fall was a part of the ‘Arab Spring’, which also saw mass protests in Syria, Egypt and Bahrain, among others.

Eritrea is a new entrant onto the list this year, having vaulted from number 25 to number 10 in 2014. Many people may have never even heard of Eritrea, let alone be aware of the corruption issues the country faces. Eritrea is located in Africa, bordering the Red Sea directly across from Saudi Arabia, bordering Djibouti to the south and Sudan to the north. Eritrea is a small and relatively poor country, with a GDP of only $3.44 billion, and a population of 6.3 million.