Around 80 girls ‘molested’ by an examiner during biology practical exam; 18 come forward with testimonies 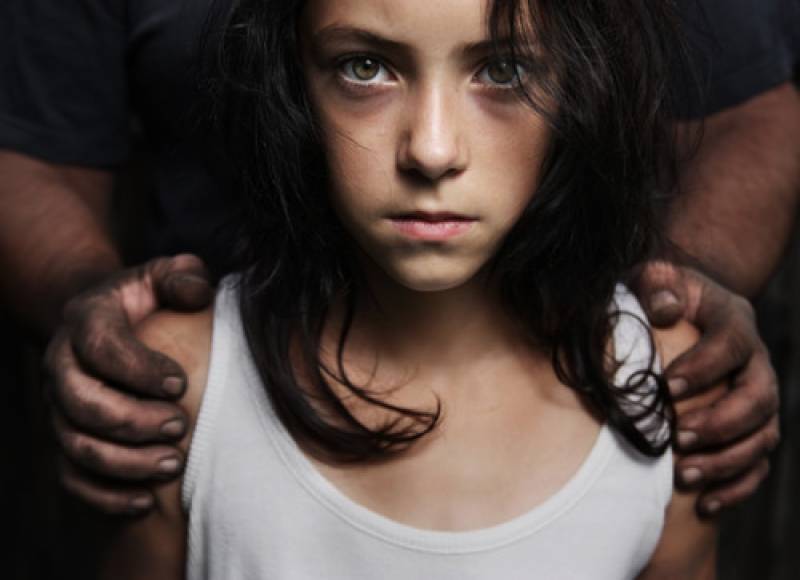 ISLAMABAD - More than a dozen college students have accused an examiner, appointed by Federal Board of Intermediate and Secondary Education, of sexual abuse and harassment during biology practical at the prestigious Bahria College.

Sadat Bashir, a teacher at Islamabad Model College for Boys in H-9 sector of Islamabad, allegedly harassed over 80 girls by touching them inappropriately, groping them and threatening to deduct their marks.

One of the ‘victims’, Saba Ali took to the social media to share her ordeal: “We were having our practical[s] of HSC Part 2 of Biology and they conducted it into three different groups. Group 1 had their practical on Friday, group 2 which was our group had practical on Saturday and last group’s practical was on Sunday."

“We were informed by the first group that the examiner was very strict, didn’t listen to the teachers and he didn’t even let the teachers inside the laboratory where he had harassed many girls by touching them in between their thighs, some of them on their backs and even on their breasts.

“He groped me twice, once when I went for the model recognition and he touched my butt and second when I was making the slides. He came behind me and traced my bra strap all the while pretending he was just examining my slide.

“Thirdly when I was doing my frog dissection he came up to me and asked what kind of a frog it was. I got extremely nervous and told him it was a male frog to which he very inappropriately replied "It's a female frog can't you see the ovaries, you have them inside you too!" the girl added.

“All of this made me extremely uncomfortable and I had no idea what to do. None of us said anything to him because he kept threatening to deduct our marks,” she continued.

Meanwhile, a campaign against the alleged molester, #PunishSadatBashir, has been trending on Twitter as well, following the testimonies by 18 girls.

Another girl, who goes by the name of Ushnaa, says she plans on calling and filing a complaint against the educator.

I plan on calling and filing a complaint against #SadatBashir It's not something huge if i do it, but even if 30 people from my followers call and complain, it could make a diff

“It's not something huge if I do it, but even if 30 people from my followers call and complain, it could make a difference,” she wrote in a tweet.

Incidents of sexual harassment are on the rise in the country. With social media providing a voice to the vicitms, more and more people are coming up with their stories and demanding an action against the culprits.

The campaign continues on Facebook and Twitter and is being encouraged by various celebrities as well, including Meesha Shafi who recently spoke about being sexually harassed at the hands of fellow singer Ali Zafar.

All strength and power to this brave sister for sharing her disgusting and alarming experience. #BahriaCollege kindly take immediate action. We are all watching and we are all waiting! #TimesUp https://t.co/lMdAVm5Csz

As many as 11 cases of child sexual abuse are reported from across Pakistan every day, according to data collected by non-governmental organisation Sahil.

Last week, a schoolteacher was arrested for attempting to rape a nine-year-old girl in Gujjar Khan area of Punjab.

RAWALPINDI - A school teacher was arrested on Friday for attempting to rape a nine-year-old girl in Gujjar Khan area of ...

The girl was returning home after visiting a nearby shop when the 20-year-old accused tried to take her with him with the intent of rape. The girl was able to escape after a motorcyclist entered the street and the accused let her go.

Earlier, in April, a schoolteacher was arrested for allegedly raping a 14-year-old student in the hostel of a private cadet school in the Punjab capital city.

LAHORE - A schoolteacher has been arrested for allegedly raping a 14-year-old student in the hostel of a private cadet ...

Azhar Iqbal, a Lahore-based schoolteacher, was arrested by the Garden Town Police after the victim’s father lodged a complaint with the police.