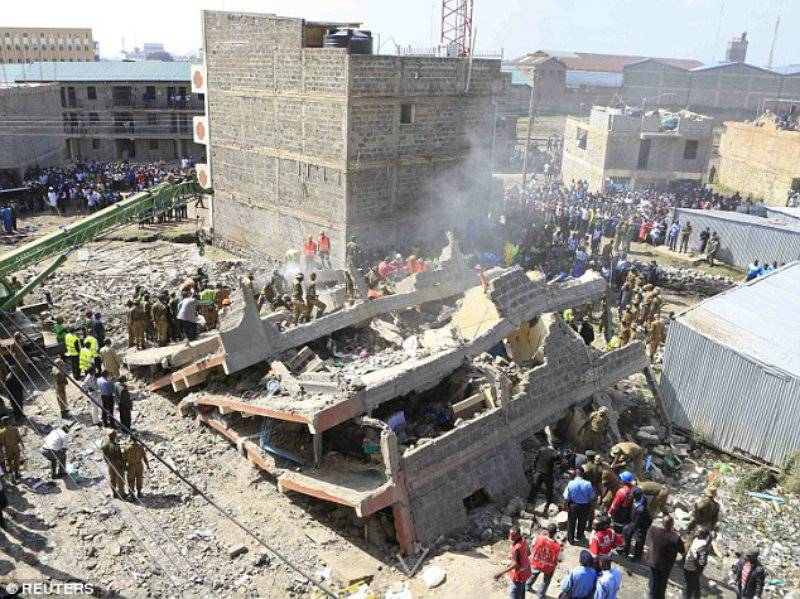 NAIROBI (Web Desk) – At least fourteen people have been killed and other 54 are missing as building collapsed on Saturday.

According to Kenya Red Cross 30 male and 24 female cases are reportedly missing.

Rescuers are searching for people trapped after the collapse of a residential building in heavy rain, BBC reported.

The Red Cross criticised "chaotic scenes" as rescuers arrived. It is unclear how many people are trapped.

There are conflicting reports as to whether the building had six or seven storeys.

The heavy rainfall has caused landslides, washed away houses and flooded roads.

According to police, four died when a wall toppled over.

"The building went down during the heavy rains, but we still want to establish if all the procedures were followed when it was constructed," Nairobi's deputy governor Jonathan Mueke told reporters at the scene.

He said the building, which reports in Nairobi said was built two years ago, did not have planning permission.

A survey carried out last year found that more than half the buildings in Kenyain capital were unfit for habitation.