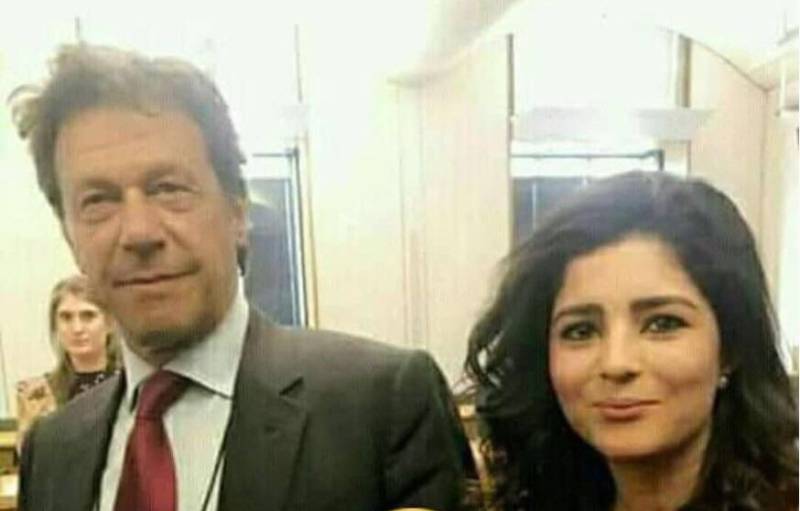 LAHORE - Social media went frenzy after a picture of a girl, who is said to be the daughter of Maryam Nawaz Sharif, with Pakistan Tehreek-e-Insaf Chairman Imran Khan broke the internet.

The picture is making rounds on the social media and it went viral in no time after users of Twitter claimed that the girl standing along with Khan is daughter of the Maryam.

It is claimed that the picture was taken when the PTI chief went the UK recently to hold meetings with party leaders and Commonwealth All-Party Parliamentary Group.

As the picture turned into an hot issue, Maryam, the daughter of former prime minister Nawaz Sharif, has to break her silence. She took to Twitter rejecting the rumours of her daughter's selfie with Khan. She stated, “This is not my daughter. Stop churning out lies.”

This is not my daughter. Stop churning out lies. pic.twitter.com/6R8fGGCaHt

Imran Khan's PTI is considered as an arch-rival party of PML-N after the former took the Panamagate case to the Supreme Court. The apex court had later disqualified the former premier in the case over not being honest.