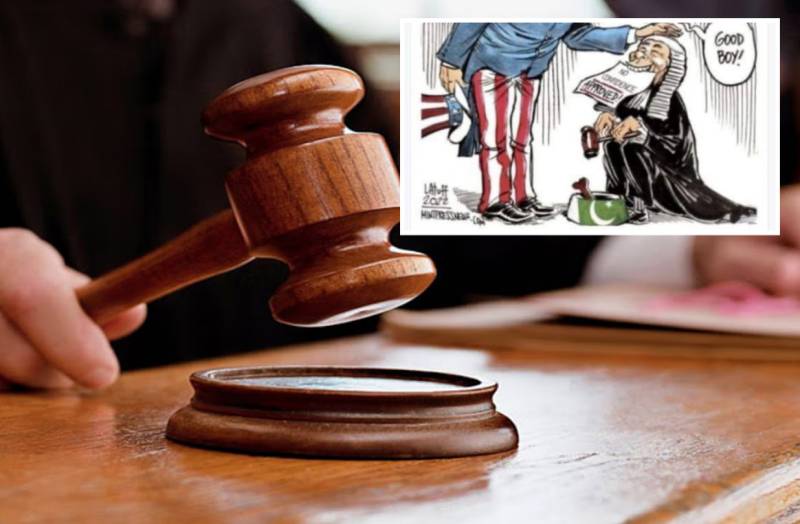 The PTI leader, a Ph.D. scholar from Columbia University, shared a post in which a cartoon shows 'Uncle Sam' patting a judge after success of the Vote of No-Confidence against former Pakistani Prime Minister Imran Khan.

“Imagine! What an insult to Pakistan brought upon by the US regime change conspiracy! Surely dark shadows getting a greater crimson blush!” Mazari wrote on Twitter.

Mazari’s now-deleted post soon went viral on the internet. Many followers of the cricketer turned politician Imran Khan also shared the post, saying the former PM was a victim of the US-backed foreign conspiracy.

However, the picture turned out to be fake as it was edited to show Pakistan’s flag and the words “No-Confidence approved”. In the actual picture, it was the flag of the UK and had the words “Assange extradition approved.”

#FactCheck
PTI Politician and ex- Human Rights Minister @ShireenMazari1 shared a doctored image and attributed it to New York Herald.
The image is doctored and was originally published on @MintPressNews . Context is also different. It was by @LatuffCartoons for #JulianAssange. pic.twitter.com/Po1LM7Hnmc