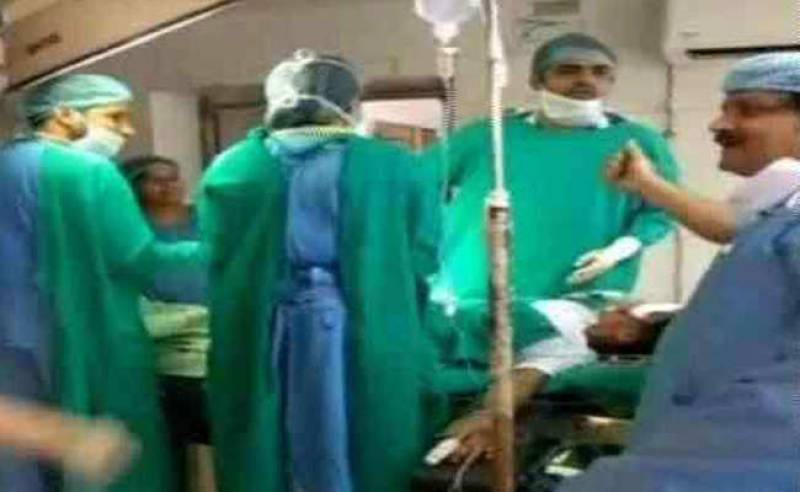 NEW DELHI - Shocking footages from India show a woman laying on the operation table for an emergency C-section as two doctors argued loudly, calling each other names and even threatening each other which eventually resulted in the death of an infant.

According to reports, the fight erupted during an emergency C-section on a woman, who was admitted with her foetus in distress, recording low heartbeat. NDTV says the verbal spat broke out after the obstetrician asked if the patient had eaten before the surgery. The anaesthetist tried to get a junior doctor to run some tests on her, which enraged the surgeon.

Although a doctor and a nurse tried to intervene to put an end to the quarrel, the baby could not be saved. The hospital has sacked both doctors from duty and promised to take disciplinary action against them.

The hospital's top medical officer said the baby died of "severe birth asphyxia" or breathing troubles and ruled out any lapse.

"We recorded statements of all the staff present in the operation theatre. As far as the patient is concerned there was no lapse in treatment... The patient was operated within three hours of being admitted," said Dr Ranjana Desai.

"This is condemnable... a violation of OT (operation theatre) discipline," Dr Bhatt commented.