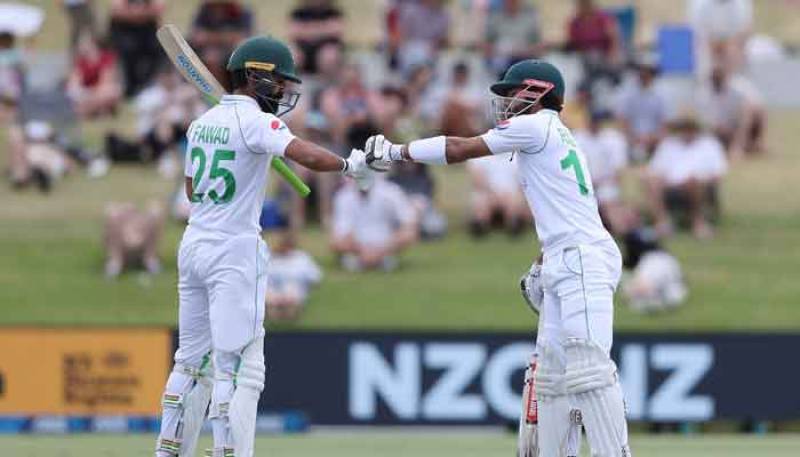 Team Pakistan started the final day’s play at 71-3 in chase of the 373-run target with Azhar Ali and Fawad Alam batting at 34 and 21 respectively.

Azhar Ali lost his wicket in the second over after scoring 38 with four boundaries to his name but Fawad motored the side with a brilliant century.

Alam and captain Mohammad Rizwan put on a 165-run partnership. However, Rizwan's dismissal sparked a collapse as he was trapped leg-before by Kyle Jamieson for 60 while Fawad, who hit 14 boundaries in his 102-run knock, was caught behind on the bowling of Neil Wagner.

Yasir Shah became Jamieson’s second victim as he departed without scoring while Faheem Ashraf’s dismissal left the side reeling at 259-8.

Shaheen Shah Afridi and Naseem Shah provided resistance to salvage a draw but it wasn’t to be as the latter was caught and bowled by Santner for one with just four more overs to go.