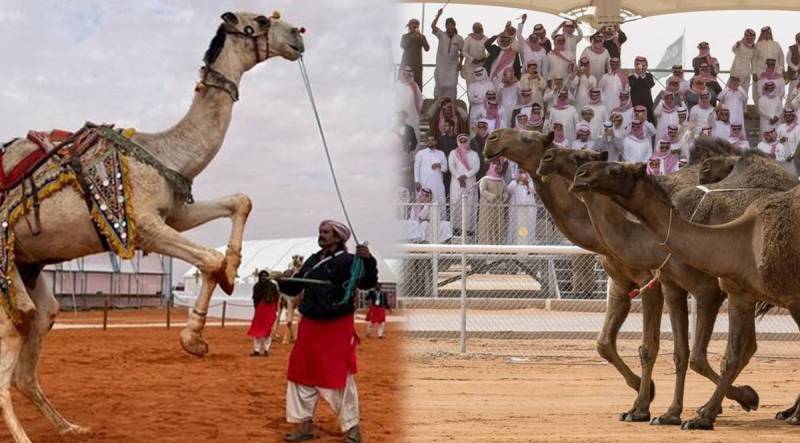 ISLAMABAD – Participants at the sixth King Abdulaziz Camel Festival are stunned by Pakistani camels’ performances as their external appearances and movements helped them get applause from the crowd.

The Kingdom is currently hosting the biggest camel festival in the world inviting camel owners from around the world. The carnival, which will continue for 40 days in Riyadh, attracted camel owners from the Gulf, France, Asia, and Russia.

The festival is an annual international cultural, economic, sports and entertainment event organized by the Saudi Camel Club.

The in-charge of the festival speaking to the media said that about 3,000 tourists have participated in this event, he also commended the dance of Pakistani camels in this program, saying visitors are being provided information about how camels are used in Pakistan.

Furthermore, spectators also witnessed the art of camel hair designing and appreciate unusual artistry. They also learned how camels are decorated and used in international events. 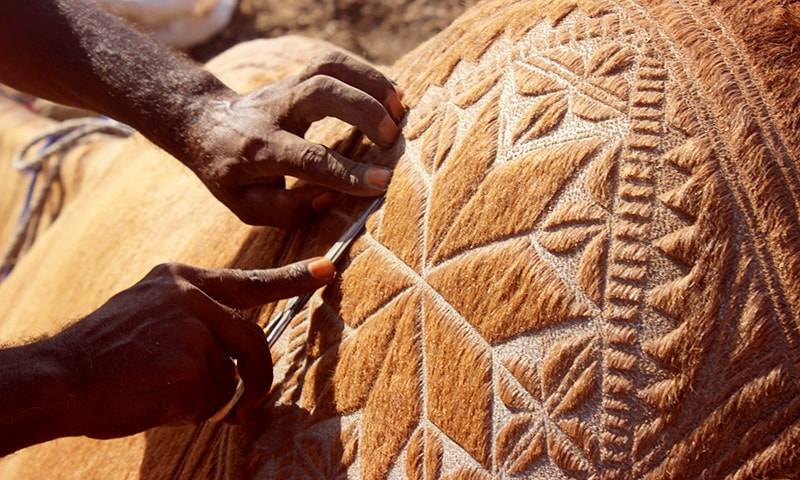 Pakistani camel owners also revealed how these even-toed ungulates are trained to dance besides using different types of work.

Meanwhile, participants in the biggest camel festival compete in 19 different categories with the aim of winning the grand prize of more than SR250 million.

The Saudi Ministry of Environment, Water, and Agriculture has recorded 1.4 million camels across the Kingdom. The festival has included activities such as racing, auctions, and camel training.

The festival represents an important part of the camel club’s efforts to build on the Kingdom’s rich history and culture and showcase the importance of camels in the country’s heritage.

In another similar development in the largest country in the Middle East, the second edition of the Diriyah equestrian festival is set to start in the second week of January in which more than 450 horses are expected to take part.

TAIF — The Crown Prince Camel Festival is the largest camel sports festival in the world, the Guinness World Records ...

Reports said the event is patronized by Riyadh governor Prince Faisal bin Bandar bin Abdulaziz. Live horse-riding shows will be staged to illustrate the wonderful harmony between humans and horses, along with cavalry shows.

Visitors will also witness art competitions, shops and restaurants, and many other activities in even which aims to be the premier international gathering of horses in the region.

Famous horses owned by Imam Faisal and King Abdulaziz, including Jallabiet Feysul and Ubayyah of Abdulaziz will also make appearances.