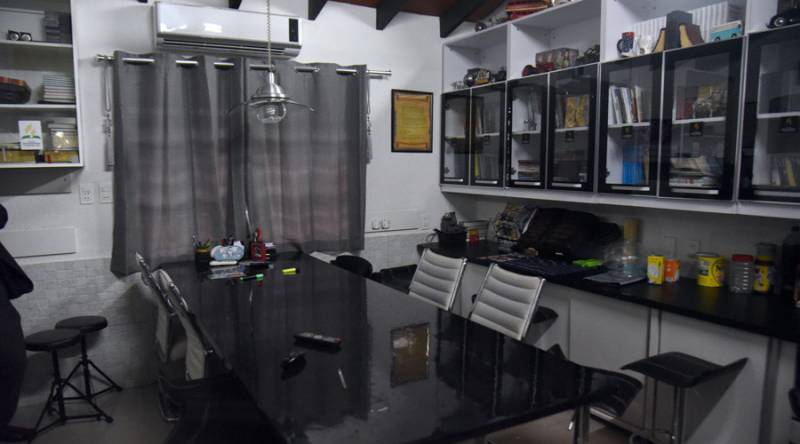 Paraguayan authorities got a surprise when they raided a Brazilian drug lord’s jail cell and found a three-room luxury suite complete with library, kitchen, conference room and plasma TV.

Jarvis Chimenes Pavao, considered one of South America’s most dangerous drug traffickers, had been serving an eight-year sentence for money laundering at the Tacumbu prison in the Paraguayan capital, Asuncion.

But little did anyone on the outside know what kind of lifestyle that really meant – until a powerful bomb was discovered inside the prison.

The “VIP cell”, as it was known to prisoners, had three rooms with an en suite bathroom, a kitchen and conference room, air conditioning, stylishly tiled walls, plush furniture and a library complete with a DVD collection to watch on the big-screen plasma TV, AFP reporters saw during a visit.

The DVDs included the full collection of Pablo Escobar, a TV series on the feared Colombian kingpin who was killed in 1993, a hero of Chimenes Pavao’s.

The raid, which took place on Tuesday night, has already shaken up the Paraguayan penal system.

The drug kingpin's lawyer, Laura Acasuso was quick to tell reporters that high-ranking officials were aware of the privileges that his client had access to.