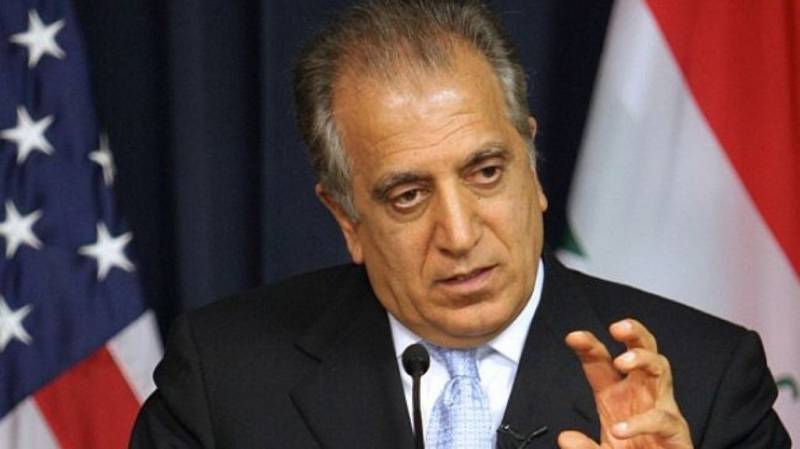 WASHINGTON - US peace envoy to Afghanistan Zalmay Khalilzad has expressed the hope that a final deal with Taliban will be clinched before Afghanistan's presidential election in July, Radio Pakistan reported.

Speaking at the U.S. Institute of Peace in Washington, the US Special Representative for Afghanistan Reconciliation said that although his talks with the Taliban have produced a tentative framework agreement, but negotiations are far from finished.

"It will be better for Afghanistan if we could get a peace agreement before the election, which is scheduled in July," Zalmay Khalilzad said, adding that there remained "a lot of work" to do.

He called for direct talks to begin between the Taliban and the Afghan government as soon as possible.

Khalilzad said the US is not seeking permanent military bases in Afghanistan and any US troop withdrawal would be dependent on conditions on the ground, and not on any particular timetable.

MOSCOW - In the Afghan peace talks held in the Russian capital Moscow, Taliban and Afghan politicians have agreed on ...

The talks come as US President Donald Trump pushes to end the Afghanistan conflict, where about 14,000 US troops are still deployed and which has seen countless thousands of civilian and military deaths.

In his annual State of the Union speech on Tuesday, the US President said that the time has come "to at least try for peace."

WASHINGTON - US President Donald Trump has said that his administration is holding constructive talks with groups in ...

“Great nations do not fight endless wars,” Trump said, after his controversial orders to pull all US troops out of Syria and half of the 14,000-strong force in Afghanistan.

Afghanistan has suffered nearly constant conflict since the Soviet invasion of 1979, which was followed by civil war, the Taliban regime, and the US invasion in late 2001.