Man kills both sisters a night before their weddings near Lahore 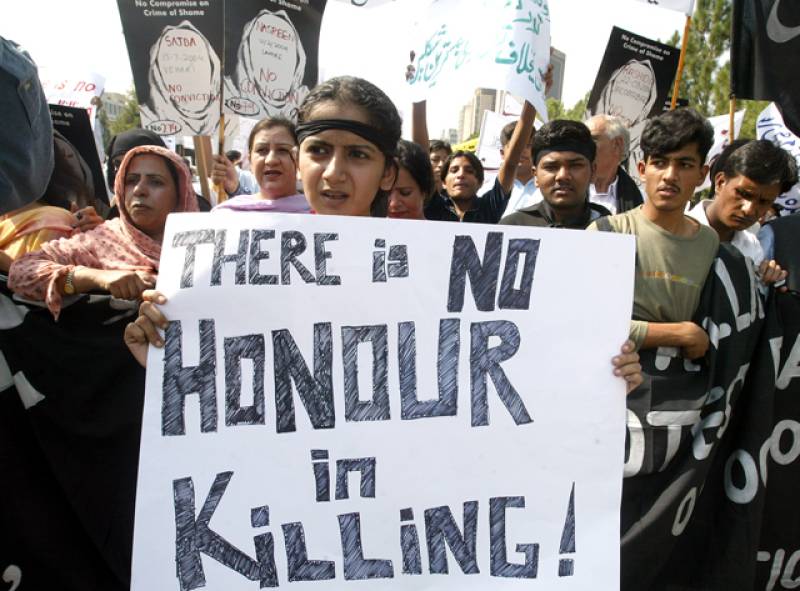 LAHORE - Police are tracing a man who shot dead both his sisters in an apparent “honor killing” on the eve of their weddings in central Punjab, an official said on Saturday.

According to an Express Tribune report, Kosar and Gulzar Bibi, aged 22 and 28, were shot dead by 35-year-old brother Nasir Hussain on Friday as they prepared to marry men they had chosen themselves, senior police officer Mehar Riaz told AFP.

Hussain objected to the love matches and had wanted the women to marry someone within the extended family, he added.

“The brother shot dead both the sisters yesterday and fled the site,” the officer said, adding that a search was underway to locate him.

“It is a simple case of killing for honor,” he said.

Father of the sisters, Atta Mohammad, told reporters that son Hussain had “destroyed everything”.

Hundreds of women are murdered by relatives in Pakistan each year on the pretext of defending what is seen a family honor.

The incumbent government plans to pass long-delayed legislation against “honor killings” within weeks in the wake of the high-profile murder of an outspoken social media star, the daughter of Prime Minister Nawaz Sharif said last week.

The government has faced mounting pressure to pass the law against murders carried out by people professing to be acting in defense of family honor.

The law would remove a loophole that allows other family members to pardon a killer.