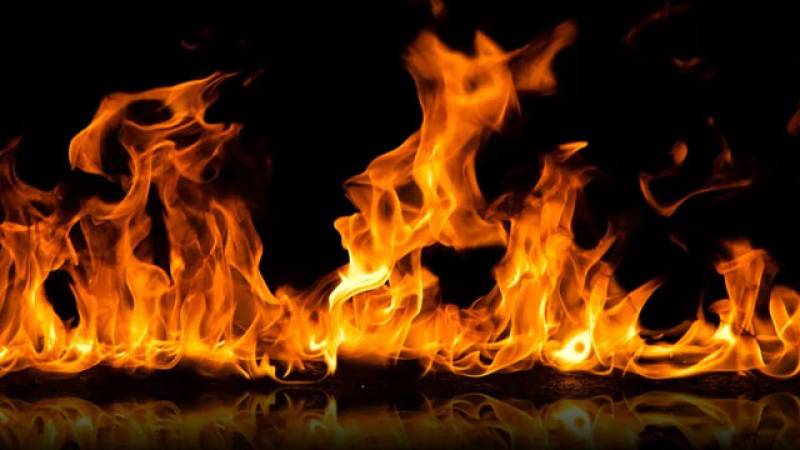 ATTOCK - At least 13 people were killed on Sunday morning when their van caught fire after ramming into a gas pipeline near Hasan Abdal in Khyber Pakhtunkhwa, rescue officials said.

The van was going from Rawalpindi to Peshawar when it collided with the gas pipeline on the roadside, after which, a fire erupted and thirteen passengers perished in the fire.

The bodies of the victims have been severely burnt and therefore, identification through DNA testing may not be possible, the officials said.

Rescue officials and police personnel had arrived at the scene of the incident soon after the blaze was reported and gained control over the fire shortly.

The bodies were then removed from the van and transferred to District Headquarters Hospital Hassan Abdaal.

According to the fire brigade, a number of people are also stuck inside the van. Hospital sources said that women and children are also among the deceased. Meanwhile, the fire has been extinguished.

The identities of the victims could not be ascertained so far. Police have cordoned off the area and started the investigations.