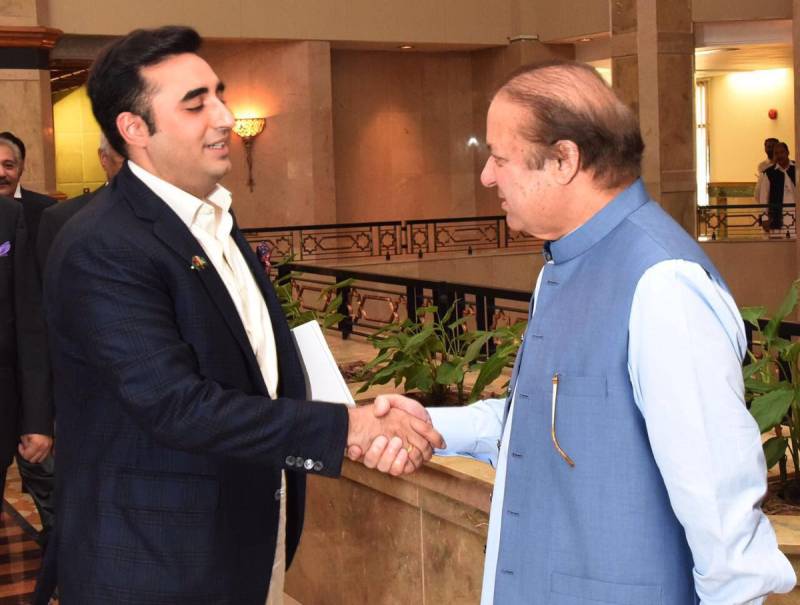 KARACHI - Pakistan Peoples Party (PPP) Chairperson Bilawal Bhutto Zardari said on Sunday that the disqualification and ouster of Nawaz Sharif as prime minister of the country posed no threat to the parliament or democracy.

Addressing an audience following the inauguration of the National Institute of Cardiovascular Diseases (NICVD) Centre in Larkana, the politician expressed that it was rewarding to see their hard work paid off.

"Accountability must be impartial and exhaustive. The PPP seeks to enact legislation for across the board accountability," said Bilawal.

The PPP supremo congratulated the team at NICVD and hoped the people of Larkana will benefit from the facility, saying Larkana was close to his heart.

“I challenge other chief ministers of Pakistan to show such free-of-cost and state-of-the-art facilities for everyone in the province,” added Bilawal.

Earlier in his statement after the Supreme Court’s judgment in Panama Papers case on Friday, Bilawal stressed that PPP has always supported democracy, Parliament and State institution and will continue to do so.

“We hope the verdict will help in deterring corruption in high place,” he said.

It bears mentioning that a five-member bench of the supreme court disqualified premier Nawaz Sharif from holding office as he concealed his employment with FZE capital,a firm managed by his younger son Hassan Nawaz.