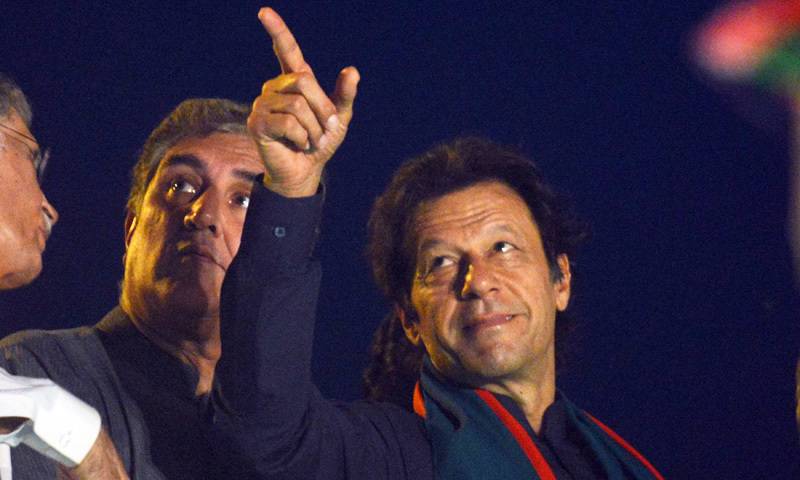 ISLAMABAD - Ending his 22 years long struggle in the fierce political landscape, Pakistan Tehreek-e-Insaf (PTI) Chairman Imran Khan has said that he will take oath as prime minister on August 11.

According to Radio Pakistan, Khan shared the date of oath taking ceremony while talking to the newly elected lawmakers from Khyber Pakhtunkhwa in Islamabad.

The  PM-elect said that the name for the slot of KP chief minister will be announced soon.

Speaking on Sindh, he said alleviation of poverty from interior Sindh will be among the top priorities of the upcoming PTI government.

Earlier, party spokesperson Naeemul Haque had expressed that Khan would take oath on 14th August. It was also reported that the party was looking forward to a public oath-taking ceremony, though no final statement has been released in this regard.

Although the PTI has emerged as the single largest party in the National Assembly after the polls, the official results by the Election Commission of Pakistan (ECP) show that the party is still short of numbers to form its government independently.

To meet the required number of votes, the PTI leadership has reportedly been approaching the Muttahida Qaumi Movement-Pakistan (MQM-P), the Grand Democratic Alliance (GDA), PML-Quaid (PML-Q), and the Balochistan Awami Party (BAP).