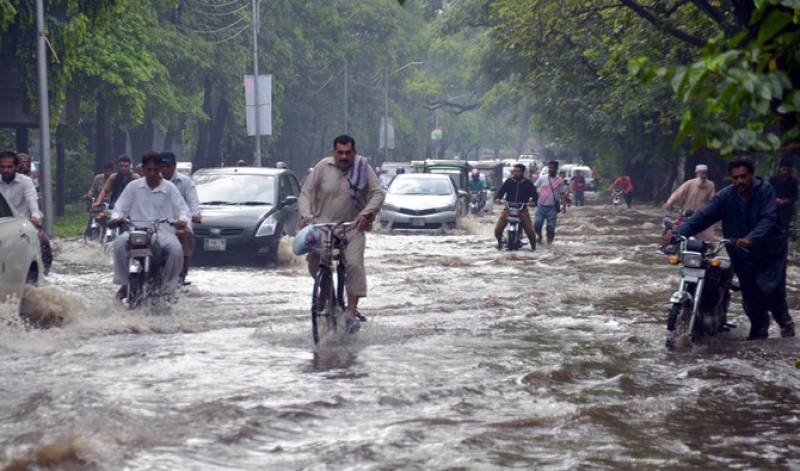 In Karachi and other parts of Sindh sixteen have lost their lives in rain-related incidents.

Two citizens lost their lives in Paposh Nagar while another individual was left dead in Mehmoodabad area.

The roads and streets in most areas of the city are swamped with rainwater after the monsoon system hit the city.

The drainage system of the city has failed to cope with the light to medium rain. The shattered sewerage system and garbage littered on streets and roads made the situation worse for Karachiites; especially for those walking on foot and on bikes.

Meanwhile, spokesman of the KP told that three children died due to a flash flood in Bara area of Khyber district.

In another incident, three persons died when a roof of their house collapsed in Mansehra.

According to media details, three people were buried under the debris of a house in Dara area of Mansehra after the roof of the house collapsed due to heavy monsoon rains.

Local residents started a rescue operation on a self-help basis and retrieved the dead bodies from the rubble.