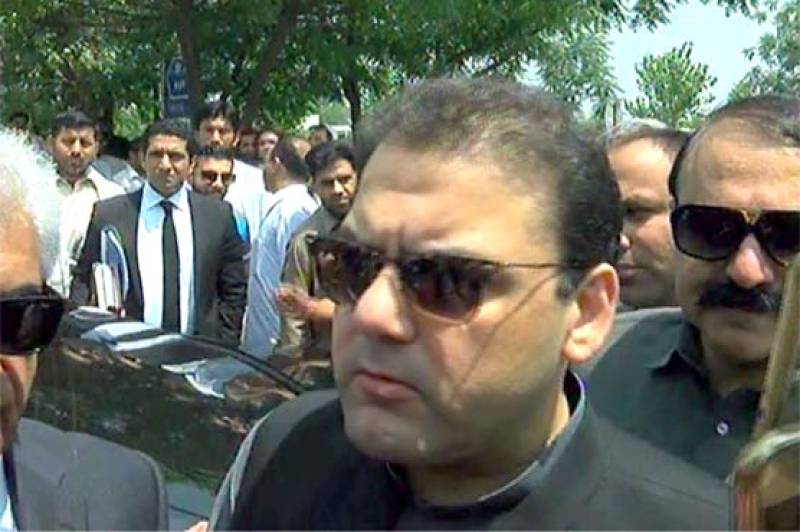 This is the second appearance of premier's scion before the investigative team that is currently investigating the murky wheeling and dealing of the first family in the backdrop of Panama case verdict.

Earlier, on Sunday, Hussain arrived at the federal judicial academy for the first time and faced a barrage of questions for over two hours.

Hussain reportedly objected to appearing before the JIT without his counsel and sought a questionnaire as well.

Talking to newsmen, Hussain expressed his concerns regarding the trial procedure and showed resentment at being summoned on such a short notice.

However, Hussain Nawaz appeared before the JIT and was instructed to reappear before the team today with relevant record regarding his offshore firms and properties. He was also handed over a questionnaire.

Apart from Hussain Nawaz, the president of National Bank of Pakistan, Saeed Ahmed also arrived at the federal judicial academy to assist the JIT and record his statement.

The federal judicial academy garnered spotlight once again when around 2 P.M, an ambulance arrived there raising suspicions about possible health issues of high-profile personalities, however, the vice-chancellor of PIMS Dr. Javed Akram clarified that the ambulance was dispatched on the instruction of JIT members for any emergency situation and no one was ill, currently.

Earlier, on Monday the apex court turned down the objection by Hussain Nawaz regarding two members of JIT.

“We are not going to remove any JIT member on mere conjecture unless something concrete comes up because the prime minister is the one being investigated,” remarked Justice Ejaz Afzal Khan, who heads the three-judge implementation bench of the Supreme Court.

The Joint Investigation Team was formulated by the apex court after the Panama case verdict on April 20 to further probe into the revelations put forth by Panama Leaks.