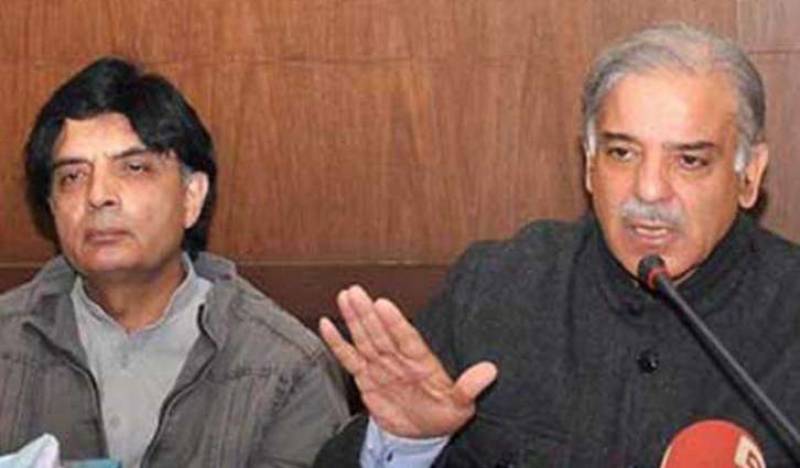 Addressing an inauguration ceremony at district headquarters hospital in Rajanpur, the chief minister said that Nisar was former Prime Minister Nawaz Sharif’s friend and not his.

“Nisar was Mian Sahab’s friend and my foe,” Shehbaz said in a reference to former security czar.

The politician clarified that he was talking about 1988 when he was scolded by Mian Sb only because of Ch Nisar.

LAHORE - The Chief Minister of Punjab, Shehbaz Sharif has expressed that Chaudhary Nisar becomes very stingy when it ...

Further speaking about his and Nisar’s relationship back in the day, Shehbaz said, “He used to constantly complain about me to Mian Sb.”

The PML-N chief continued that their relationship was bitter for some time but eventually they became friends.

Nisar has been associated with the PML-N for quite a long time, however, reports recently surfaced that the ex-interior minister was having differences with the party.

However, on numerous occasions, Nisar has expressed allegiance to embattled Pakistan Muslim League Nawaz though it is still not sure whether he would contest the upcoming elections through the platform of PML-N or as an independent.