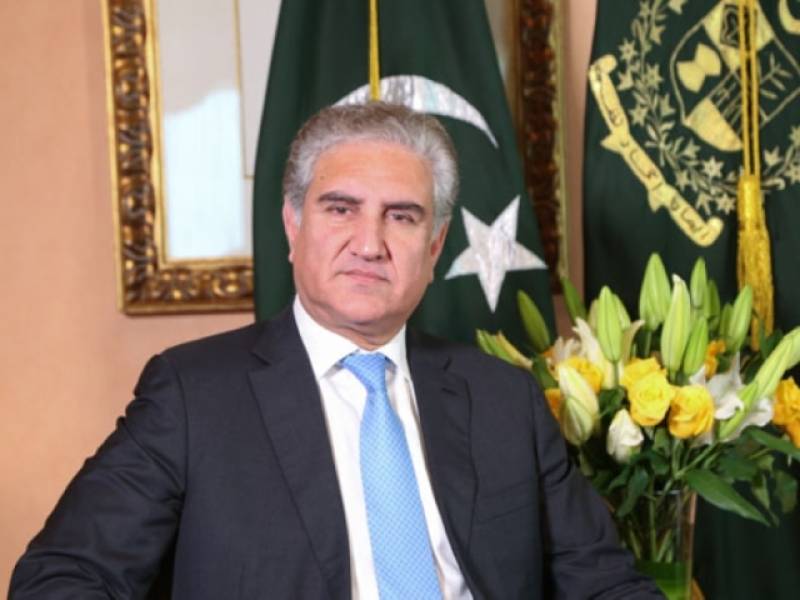 He was talking to Secretary General Organization of Islamic Cooperation Yousef Al-Othaimeen on the sidelines of OIC Foreign Ministers Council in Jeddah.

The minister said that Pakistan gives high value to the OIC and it intends to set up a permanent mission of OIC in Jeddah.

Shah Mehmood Qureshi expressed hope that the OIC Secretary General will review the implementation of the joint decisions taken about Islamophobia in the meeting of OIC Executive Council in March this year.

Excerpt of Minister of Foreign Affairs Shah Mahmood Qureshi Speech to the Ministerial Contact Group on Jammu and Kashmir on the sidelines of the 14th Session of the Islamic Summit Conference Jeddah (29.05.19)#PTI #Pakistan 🇵🇰 #OICMakkahSummit #OICSummit #Kashmir @SMQureshiPTI pic.twitter.com/ylWLB1hzvG

He said these decisions included the writing of letter on the subject of Islamophobia to the UN Secretary General, contact with the concerned telecom companies for checking blasphemous material on social media, and appointment of UN special rapporteur.

The foreign minister said that the OIC Contact Group for Jammu and Kashmir has played an important role in highlighting the Kashmir issue at international level and drawing the international community’s attention toward the atrocities being committed against innocent people of occupied Kashmir.

He said that Pakistan wants that Kashmir issue should be resolved as per UN resolutions and aspirations of the Kashmiris.

The foreign minister thanked the OIC Secretary General for supporting Pakistan on Kashmir and other issues.

The OIC Secretary General said Pakistan is an important member of the organization. He said the organization welcomes the suggestions presented by Pakistan and gives them special importance.