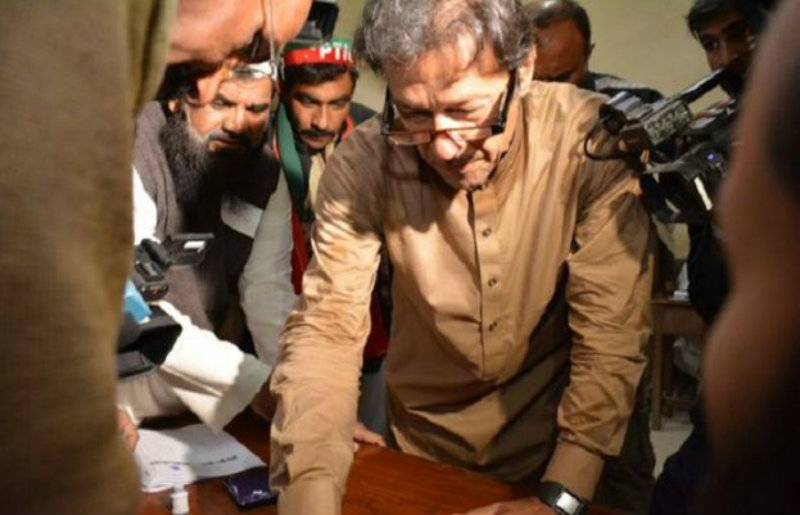 Talking to the media after casting his vote, Imran Khan said that police registered an FIR against him, asking under what democratic law they (police) have stopped him from reaching out to masses to convince them in favour of his party.

“Prime Minister Nawaz Sharif announces packages worth billions of rupees ahead of elections in several districts, but no FIR was registered against him for violating election code of conduct,” Khan said.

He claimed PTI has 2000 affidavits of people whose votes were thrown out of NA-122 but no action was taken against the people responsible.

“Have we ever seen in the world where an election commission is accused of bias and the election is carried out under that body,” he asked.