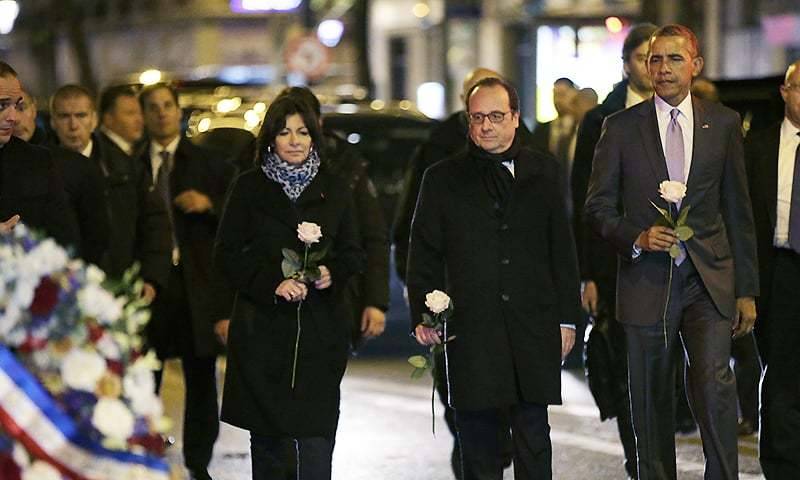 PARIS (Staff Report) - The US President Barack Obama on Monday visited the site, the Bataclan, of Paris attacks along with French President Francois Holande to pay rich tribute to the victims of Friday the 13th.

According to media reports, Obama laid a single flower on the memoir site and stood silent for some time on the occasion.

This is first ever visit of Barack Obama to France since the deadly attack of November 13, to attend the United Nations 21st Climate Change Conference in Paris.

Earlier President Hollande had visited the White House to hold a crucial meeting with US counterpart following the Paris attacks where both leaders announced to intensify operation against Islamic State group in Syria.