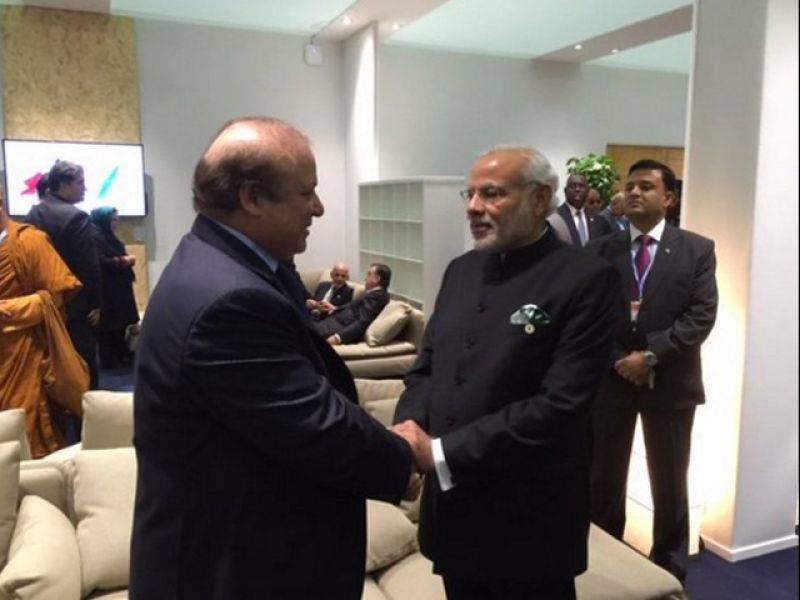 There is no confirmation yet on whether the two leaders will meet again for a more formal bilateral talk on the sidelines of the 21st session of the Conference of Parties or COP21.

Nawaz Sharif and Narendra Modi shook hands in a lobby of the Conference Centre and then sat down on a sofa where they were seen talking animatedly. 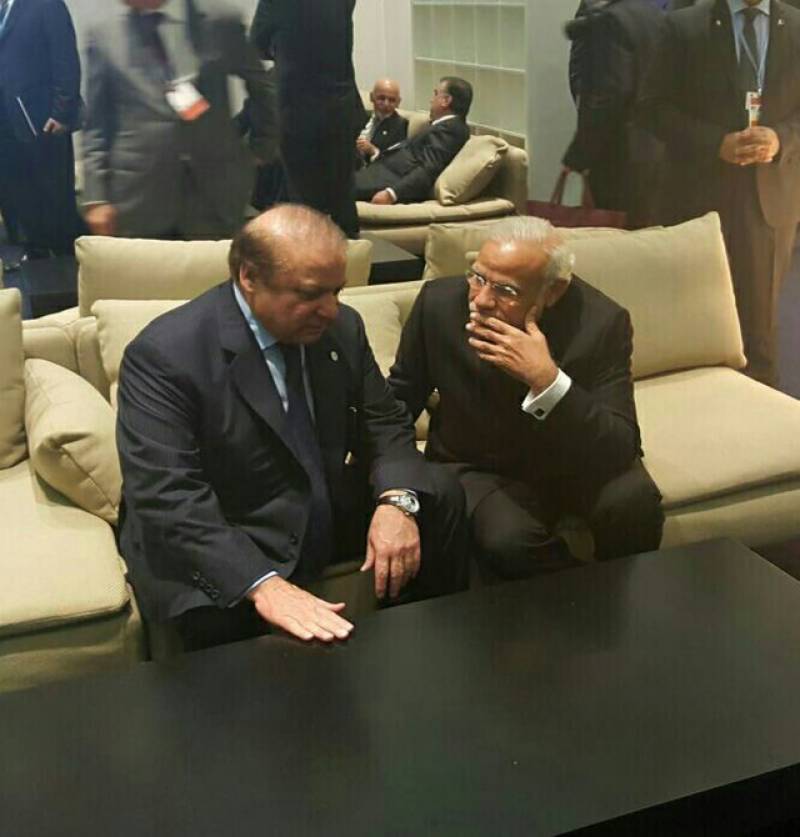 However, no official details were immediately available on this apparently unscheduled two-minute chat between the two leaders.

This is the first meeting between the two leaders after Ufa in Russia on June 10, where they held bilateral talks on the sidelines of multilateral conferences, and decided on number of steps to take forward the relationship.

The brief, surprise meeting between the two prime ministers is being hailed as a "positive development" by the Pakistani side, with the Pakistan Television (PTV) repeatedly showed footage of Modi and Sharif seated together and exchanging views. It reported that the meeting was held in a "cordial atmosphere" which it said was a "positive and happy occasion".

The exact details of the talks were not known but there is expectation here that it will help to ease tensions between the two nations after the planned meeting of their national security advisors was cancelled in August.

The brief meeting may help to arrange a cricket series between their teams in Sri Lanka next month and participation by India in the Heart of Asia Conference in Islamabad next week, few media reports said.

Nawaz Sharif Sunday arrived in Paris on a two-day visit to France to represent Pakistan at the 21st UN Climate Change Conference (COP21) being held in the French capital from November 30 to December 11.

The Prime Minister is accompanied by First Lady Kalsoom Nawaz Sharif and his Special Assistant on Foreign Affairs Tariq Fatemi.

Prime Minister Nawaz Sharif will deliver his speech on November 30, opening day of the two-week event, which is scheduled to be attended and addressed by 147 world leaders, including US President Barack Obama, Russian President Vladimir Putin, Chinese President Xi Jinping and British Prime Minister David Cameron.