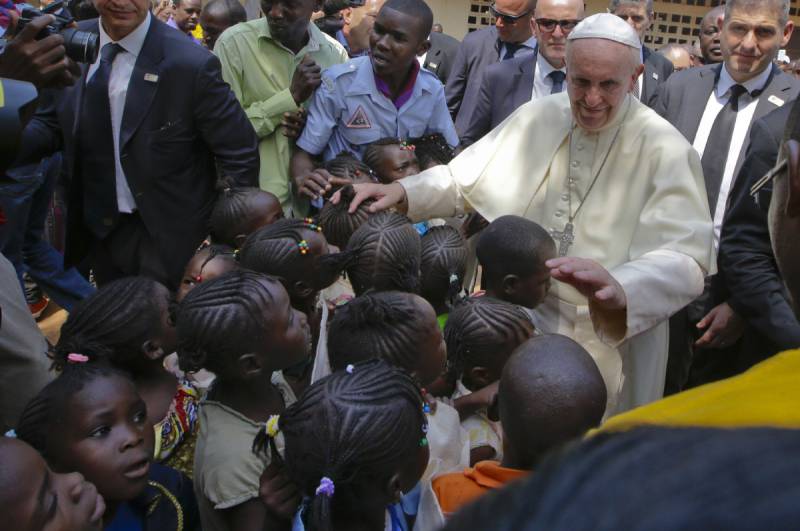 BANGUI (Web Desk) - Pope Francis has said Christians and Muslims are "brothers", urging them to reject hatred and violence on a visit to a mosque in a flashpoint Muslim neighbourhood of the Central African Republic's capital Bangui.

He was speaking to Muslims who had sought shelter in Bangui following nearly three years of violence between Christians and Muslims, the BBC reported on Monday. "Christians and Muslims are brothers and sisters," the pope said in an address at the central Koudoukou mosque in the PK5 district on the most dangerous part of his 24-hour visit to the war-torn nation.

"Those who claim to believe in God must also be men and women of peace," he said in the district of flimsy shacks and red dirt roads which has been at the heart of recent sectarian violence pitting Muslim rebels against Christian vigilante groups. 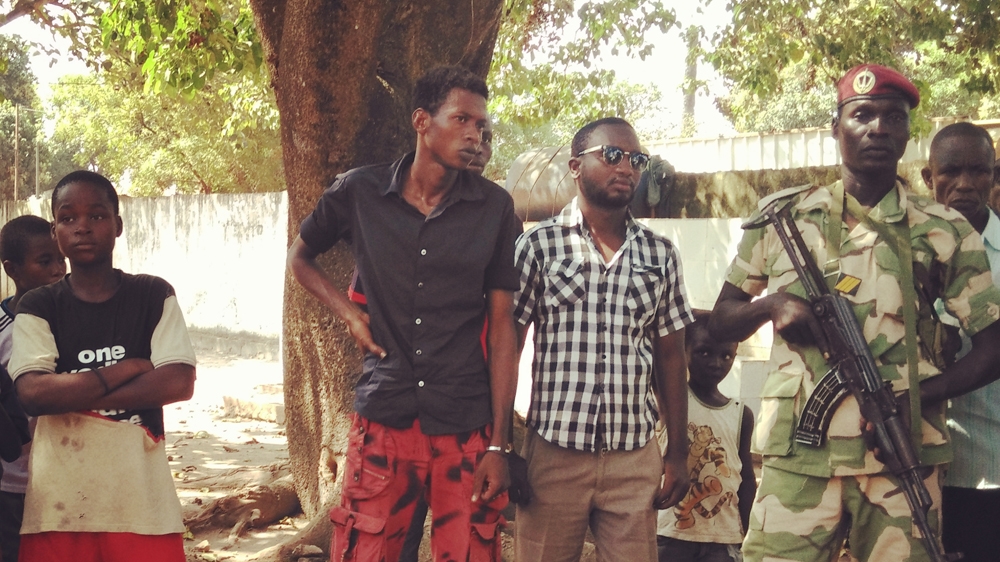 "Together, we must say no to hatred, to revenge and to violence, particularly that violence which is perpetrated in the name of a religion or of God himself. God is peace, salam," he said on a visit which has seen him hammering home a message of peace and reconciliation.

Addressing residents crowded into the mosque, Pope Francis said his visit to the Central African Republic "would not be complete if it did not include this encounter with the Muslim community." 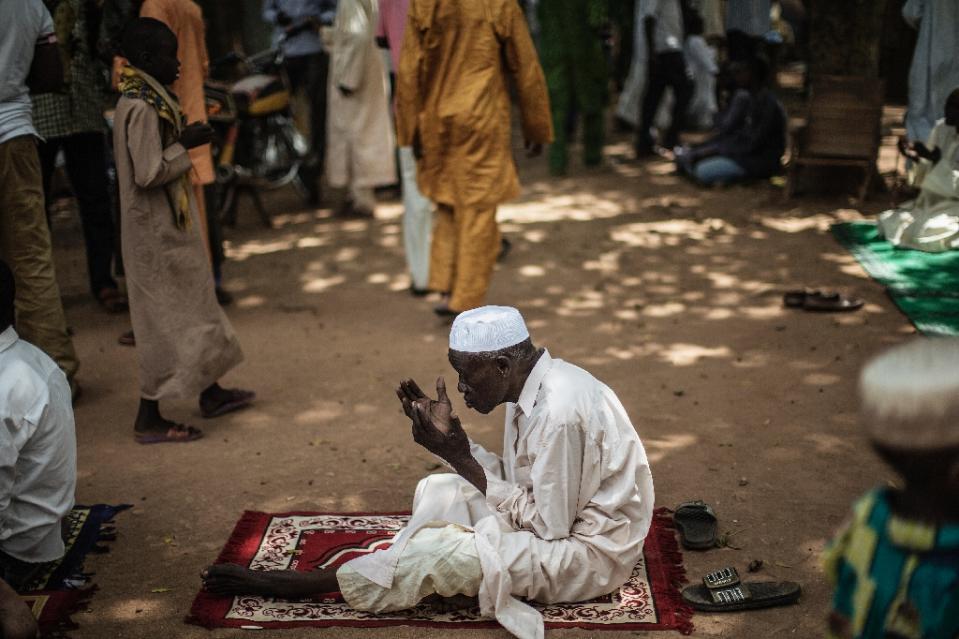 Pope Francis will conclude his trip to Africa with a final Mass in Bangui.

Most Muslims left the capital as a result of the fighting but 15,000 are left in an area called PK5, surrounded by armed Christian militia.

On Sunday, the Pope called on fighting factions in the CAR to lay down their weapons.