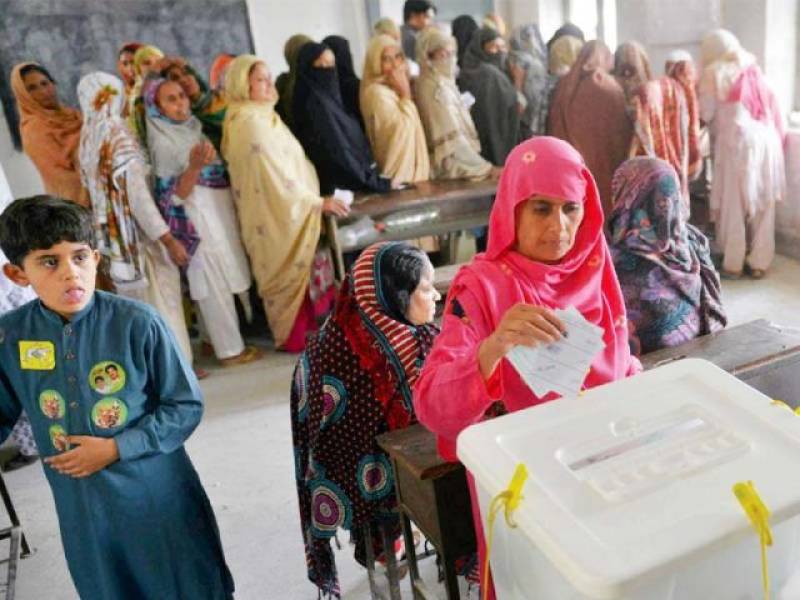 ISLAMABAD (Web Desk) - The Pakistan Tehreek-e-Insaf (PTI) won in eighteen union councils, while the PML-N achieved success in twenty one UC's during the local bodies elections in Islamabad. The first-ever Local Government elections took place in the capital on Monday under strict security. Over 2,400 candidates contested for the slots of chairman, vice chairman and councillors. The 18 candidates elected unopposed comprise 8 General Councillors, three women seats, 9 minorities seats and one Youth seat.

The Councilors of Union Council 8 General Ward 6; UC-16 Ward 5; UC-46 Ward 4; UC-50 Ward 6 were elected unopposed. Women candidates for Women seats in UC-8 Ward 1; UC-16 Ward 1; UC-23 Women Ward 1 were elected unopposed. For non-Muslim seats candidates were elected unopposed in UC 48, 49, 36,34,23, 19, 17 , 11 and 6. From UC-333 PTI’s Labor Councillor Khurram Wali was elected unopposed while in UC-16 Pug and Hanwal PMLN’s Chaudhary Sagheer was elected unopposed. According to the Election Commission of Pakistan (ECP), Army, Rangers and FC soldiers were deployed to assist the Police. Over 684,000 voters will elect their representatives in, as the ruling Pakistan Muslim League-Nawaz is expected to face a challenge only from the Pakistan Tehreek-e-Insaf (PTI). An independent candidate won in one of the UCs. In UC-30, former senator Zafar Ali Shah of the PML-N is lagging behind. The former senator said that he would not raise a hue and cry on his defeat. However, a neck and neck contest is going on between the PML-N and the PTI.