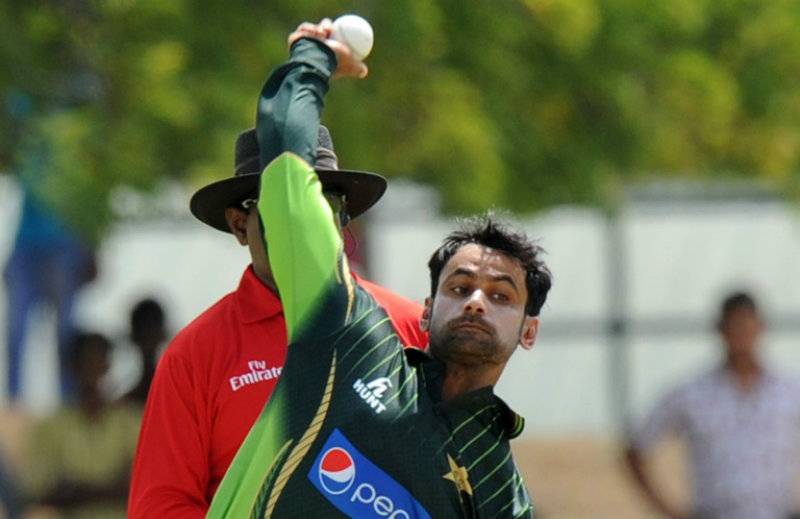 LAHORE - Pakistan’s all-rounder Mohammad Hafeez can resume bowling in international cricket after his action was found to be legal by the International Cricket Council (ICC).

Hafeez, an off-spinner, had been suspended from bowling for 12 months in July 2015 after he was reported during the Galle Test against Sri Lanka, the second time within 24 months he had been reported. Although he was eligible for a re-test during the tour of England it is only now that it has been completed.

Alham du Lillah .. happy to resume my bowling.. in shaa Allah wil work hard to get the honour # No1 allrounder for Pakistan again .. Aameen

On November 17, Hafeez underwent a reassessment of his bowling action at the National Cricket Centre in Brisbane where it was revealed that the amount of elbow extension for all his off-spin deliveries was within the 15-degree level of tolerance permitted under the ICC regulations.

However, according to espncrickinfo.com, umpires will still remain at liberty to report his action if they suspect it to be illegal. The umpires will be provided photos and videos of Hafeez's redeemed bowling action.

The Pakistan Cricket Board had hired bowling coach Carl Crowe to help Hafeez correct his bowling action before taking a bowling assessment test in England but he decided against taking any test because of his fitness issues.

Hafeez was dropped from the Pakistan squad for a series against the West Indies as he was experiencing injury and form issues.

He was also not considered for the two Test match series against New Zealand that ended yesterday.