Twelve killed as fire breaks out at dormitory in Turkey 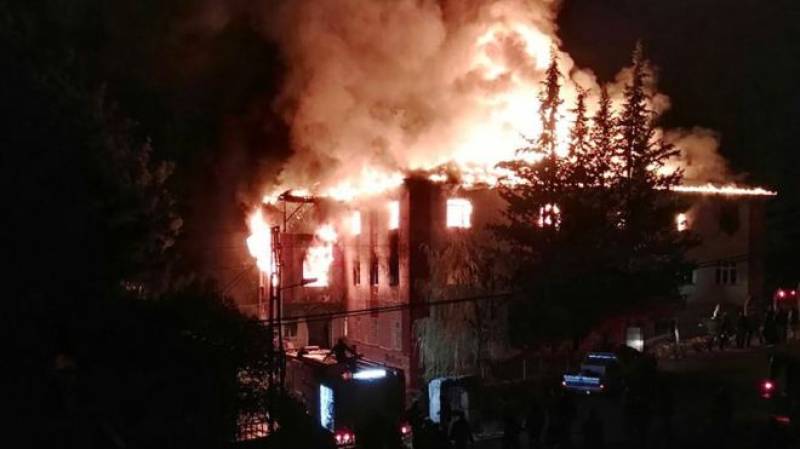 ANKARA - As many as 12 people, including eleven teenagers, were killed as a result of fire that erupted at a girls dormitory in the southern Turkish province of Adana on Tuesday.

According to senior government official, Omer Celik another 22 girls were left injured during the incident and the cause of fire might be a fault in electrical wiring.

Mahmut Demirtas, the governor of Adana, said some students were injured when they jumped from windows to escape the fire.

The dormitory housed impoverished girls whose families coming from nearby villages where there are no schools, Elif Dogan Turkmen, an opposition parliamentarian, told the newsmen.