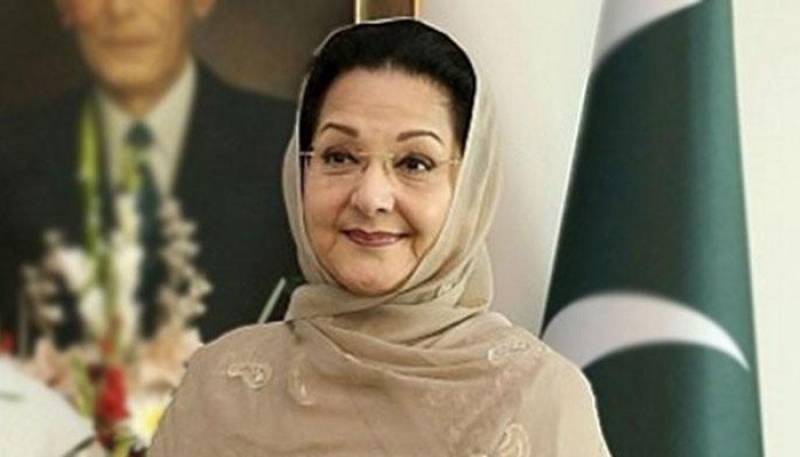 ISLAMABAD- Pakistan Tahreek-e-Insaf (PTI) asks for legal action to be taken against Begum Kalsoom Nawaz for not taking oath after the NA-120 win on Tuesday.

A letter was sent to the Chief Election Commissioner by PTI, the letter was drafted by PTI Spokesperson Fawad Chaudhry who put forth a series of questions regarding Kulsoom’s win.

The letter states, "On 27th September, the ECP issued a notification regarding Kulsoom Nawaz’s win. After winning the elections, it is a legal requirement for the winning candidate to take an oath in the National Assembly. Since she won, three joint sessions of the NA have already been held and the fourth has been summoned by the president.”

The letter further states that Kalsoom Nawaz has failed to fulfil the legal requirement of taking oath after winning from the constituency NA-120, and questioned why the thousands of people from NA-120 are being deprived of a representation despite making a selection.

In the letter, PTI spokesperson asks Election Commissioner if after winning the elections, a constituency can be deprived of a representative for over a month?

“For how long can the oath-taking be postponed after a candidate has won the elections?” the letter reads.

Fawad, being well aware of the health condition of Begum Kalsoom Nawaz also asked if it's okay to give candidacy to someone so ill and what are "the legal and constitutional repercussions" if the winning candidate doesn't take the oath before a certain period of time.

The letter suggests that NA-120 is suffering due to lack of representation in the assembly since Begum Kalsoom Nawaz has failed to appear in National Assembly to address the issues of NA-120.

Begum Kalsoom Nawaz was declared the winner after a by-election was held in NA-120 to fill the vacant position after the disqualification of the then Prime Minister of Nawaz Sharif.

It is interesting to note the Chairman of Pakistan Tahreek-e-Insaaf also took oath a month later due to his ill health after his victory in general election 2013.