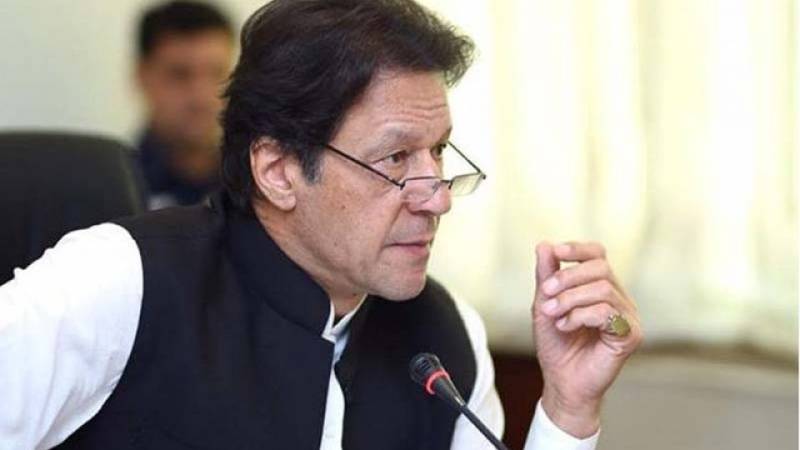 ISLAMABAD - Prime Minister Imran Khan Friday said that Pakistan’s approach is positive but India will have to bring change in its mindset as the one-sided game could not continue for a long time.

He said presently his government, state institutions, including the army, and political leadership were on the same page and there was consensus on efforts being made to reach peace with India but unfortunately, the reaction from across the border had derailed the initiative.

“Pakistan’s approach is positive but India will have to bring change in its mindset,” the prime minister said. “We have given an open invitation to India and it is now up to them how they respond." The one-sided game, however, could not continue for a long time and the Indian side would have to come forward in that regard, he added.

Imran Khan said he cited the example of Germany and France in his speech at Kartarpur as both the countries had got benefitted from peace and normalization of ties.

“The best way to alleviate poverty and uplift the people of the subcontinent is to resolve our differences through dialogue and start trading,” he added.

He said it was his belief to alleviate poverty and make Pakistan a welfare state but for all that there was a need for peace and without it, the country’s situation could not be improved.

He reiterated his government’s commitment to resolving the Kashmir issue through dialogue as nuclear powers could not afford war.

“It is my earnest desire and effort to resolve the Kashmir issue through dialogue as it will bring peace and prosperity to the entire region,” he said while interacting with the Indian media here at the Prime Minister's Office.

About the killing of Kashmiris by the Indian troops and gross human rights violations in the occupied valley, the prime minister said the Indian government should not treat the Kashmir issue merely as a territorial dispute rather a humanitarian one.

To a question, he said it was not in Pakistan’s interest to have its territory used for terrorism outside the country. Pakistan could not afford it. The Pakistan-Afghan border was being fenced to stop infiltration of terrorists, he added.

He said Pakistan was trying to improve relations with both Afghanistan and India.

About action against Jammat-u-Dawa chief Hafiz Saeed, the prime minister said the organization was already under sanctions, while the issue of Mumbai attack was sub-judice.

To a question, he said the present government would provide facilities to Indian pilgrims as it would encourage religious tourism.