Pakistan thanks OIC for steadfast support on Kashmir dispute 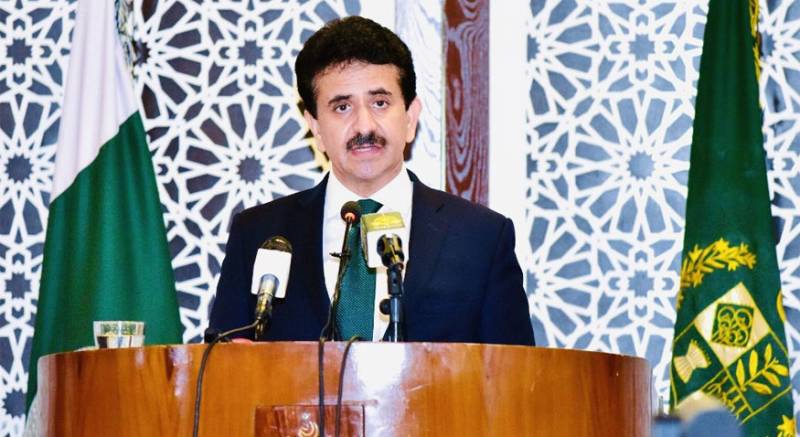 ISLAMABAD – Pakistan expressed sincere and heartfelt gratitude to the Organisation of Islamic Council (OIC) and its Member States for reaffirming strong and unequivocal support on the Jammu and Kashmir dispute during the just concluded 47th Session of the OIC Council of Foreign Ministers (CFM) held in Niamey, Niger.

“We extend our deep gratitude to Niger (as the new CFM Chair), Saudi Arabia (as Chair of 14th Islamic Summit), and Turkey (speaking on behalf of the Asian Group) for highlighting the Jammu and Kashmir dispute in their respective statements during the Opening Plenary Session of the CFM,” it said.

Pakistan is grateful for the explicit reiteration in the “Niamey Declaration” of the OIC’s principled position on the Jammu & Kashmir dispute for a “peaceful settlement in accordance with the relevant UN Security Council resolutions.”

Pakistan also welcomes adoption of other resolutions by the CFM including: Resolution on Destruction of the Babri Masjid in India and Protection of Islamic Holy Places; Resolution on Safeguarding the Rights of Muslim Communities and Minorites in non-OIC States; and Resolution on Maintenance and Promotion of Regional Peace and Security in South Asia.

Pakistan also welcomes the report of OIC Secretary General’s Special Envoy for Jammu and Kashmir on his visit to Pakistan and AJK, which was submitted to the CFM.

The OIC has always steadfastly supported the Kashmir cause as reflected in decisions and resolutions of the Islamic Summit and CFMs as well as statements by the OIC and its human rights body, Independent Permanent Human Rights Commission (IPHRC).

Pakistan also expresses gratitude to the OIC for the unanimous adoption of Resolution on Islamophobia that, inter alia, designates 15 March as “International Day on Combating Islamophobia”, in line with Prime Minister Imran Khan’s consistent endeavours to highlight concern in the Muslim Ummah regarding desecration of the Holy Quran and re-printing of caricatures of the Holy Prophet (P.B.U.H.).

“We take this opportunity to extend warm felicitations and best wishes to Ambassador Hussein Ibrahim Taha, from the Republic of Chad, on his election as the new OIC Secretary General. The Government of Pakistan would extend all possible support to him in promoting the OIC as the collective voice of the Muslim Ummah.

“We also commend the incumbent Secretary General, Dr. Yousef Al-Othaimeen, for his effective stewardship of the Organization and his efforts to promote Muslim causes, including the Jammu and Kashmir cause,” read the statement.

Pakistan looks forward to hosting the 48th CFM Session in 2021. As the prospective CFM Chair, Pakistan stands ready to constructively engage with the entire OIC membership to promote unity, peace and prosperity among the Muslim Ummah.