PTI lawyer's licence to be cancelled for mishandling citizens 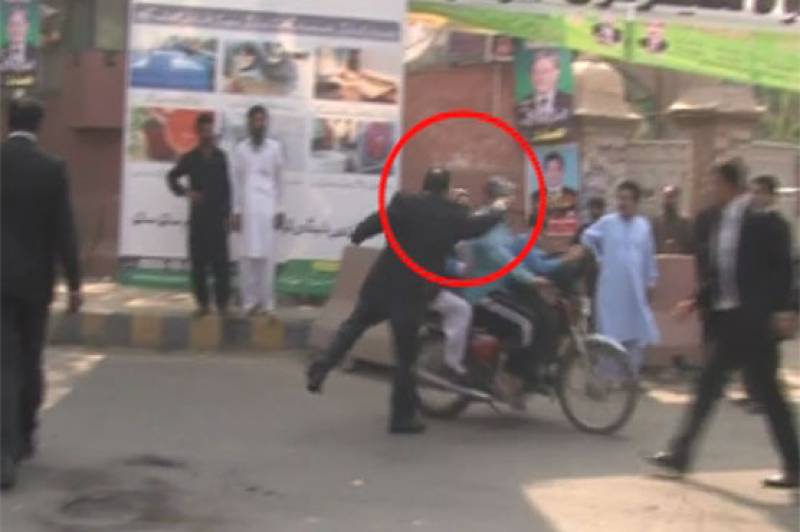 LAHORE - The Punjab government will file a reference with the Punjab Bar Council (PbBC) against the lawyer who manhandled citizens during a recent protest of the Pakistan Tehreek-i-Insaf’s lawyers wing at GPO Chowk.

The government also tweeted video clip of the incident aired by the media channels.

Advocate Shahid Naseem Gondal had misbehaved with citizens during the protest and slapped a man who was taking his two schoolchildren on a bike.

Mr Gondal is said to be a member of PTI lawyers’ wing from Mandi Bahauddin.