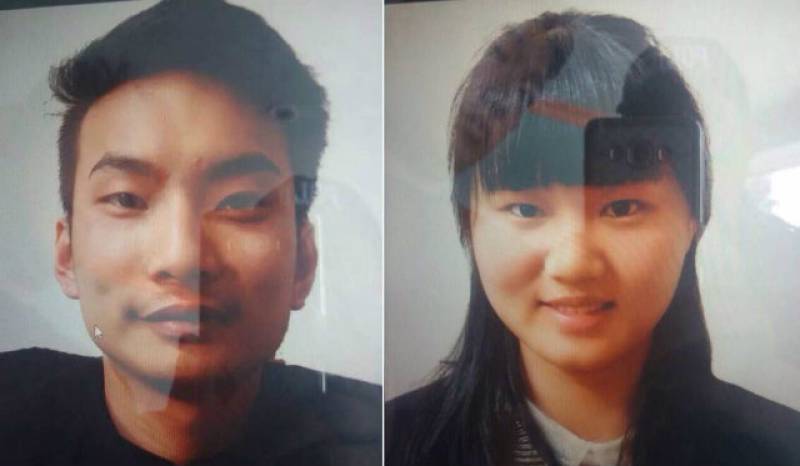 ISLAMABAD - The two Chinese nationals, who were abducted from Balochistan in May 2017, have died, the Foreign Office confirmed on Monday.

According to a statement issued by the FO, the Chinese couple Lee Zing Yang, 24, and Meng Li Si, 26, had been killed in June ─ a month after they were kidnapped from the Jinnah Town area of Quetta on May 24.

Their death has been confirmed through DNA reports obtained from the two bodies.

The duo were abducted from Jinnah Town, Quetta, on May 24 this year. Later, the Islamic State of Syria and Levant (ISIL) claimed that it had killed the abductees, who had reportedly been 'preaching' in Balochistan under the garb of learning Urdu.

QUETTA - Two Chinese nationals, a man and a woman, were kidnapped from the Jinnah Town area of Quetta, the provincial ...

“The government of Pakistan strongly condemns the death of two innocent Chinese Nationals. The DNA reports have confirmed that the two persons killed in Balochistan in June 2017 were the same two Chinese nationals, who were kidnapped from Quetta in May 2017,” the statement issued by the ministry said on Monday.

Balochistan has been facing an insurgency, which escalated following the launch of the China Pakistan Economic Corridor (CPEC) as claimed by the provincial government and military; however, the abduction of the Chinese national had nothing to do with the project, as they were preaching privately for an underground church.

“The government would continue to conduct a thorough investigation and apprehend the perpetrators of this crime and to bring them to justice. Pakistan strongly condemns terrorism in all its forms and manifestation. We are grateful to the government of China for its strong support for our fight against the menace of terrorism,” the FO statement read.

The statement added that Pakistan will continue to work with China and the international community to enhance counter terrorism cooperation as well as regional and global peace and security.

In June, the interior minister was informed that the Chinese were involved in preaching instead of business activities - their declared purpose for visiting Pakistan.

ISLAMABAD - Pakistan has confirmed that a Chinese couple abducted at gunpoint has been killed. Interior Minister ...

The then interior minister Chaudhry Nisar Ali Khan had ordered an initial review, followed by regulation and the streamlining of the visa process to avoid the misuse of business visas by foreign nationals.