Muslims have ‘right to kill French’ in revenge of past massacres, Mahatir 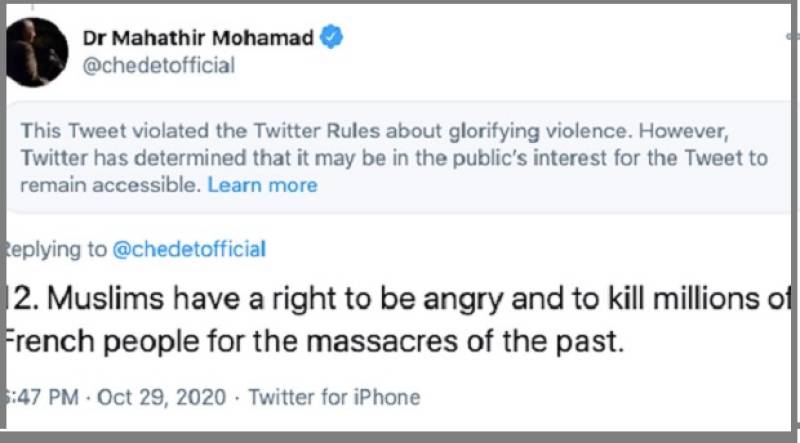 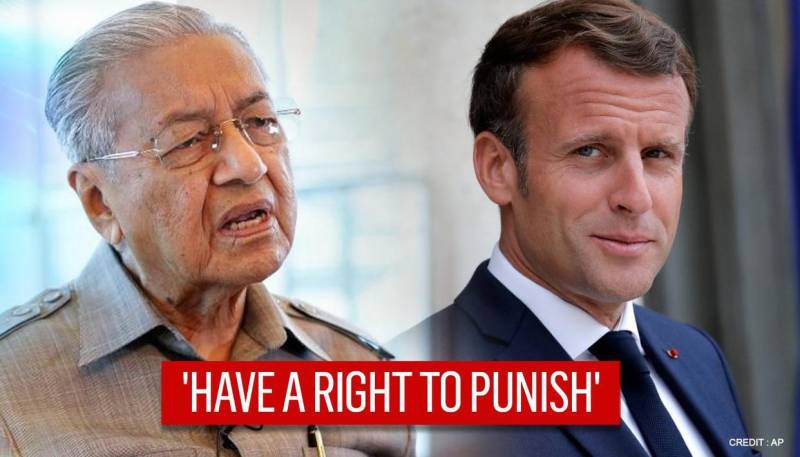 KUALA LUMPUR – Former Malaysian premier Mahathir Mohamad tweeted Thursday that Muslims had a right "to kill millions of French people" after the attack in Nice, which Twitter deleted.

Mahathir on Thursday published a series of the tweet in which he endorses the anger from Muslims.

He said, “Muslims have a right to be angry and to kill millions of French people for the massacres of the past. But by and large, the Muslims have not applied the 'eye for an eye' law. Muslims don't. The French shouldn't.

But by and large the Muslims have not applied the “eye for an eye” law. Muslims don’t. The French shouldn’t. Instead the French should teach their people to respect other people’s feelings.

I believed in freedom of expression but that it should not be used to insult others. "Since you have blamed all Muslims and the Muslims' religion for what was done by one angry person, the Muslims have a right to punish the French," he said

The senior politician stated that the contemporary Western world is no longer adhering to its own religion. They are Christians in name only. That is their right. But they must not show disrespect for the values of others, for the religion of others. It is a measure of the level of their civilisation to show this respect."

I just spoke with the MD of @TwitterFrance. The account of @chedetofficial must be immediately suspended. If not, @twitter would be an accomplice to a formal call for murder.

Twitter initially not removed the tweets, but finally did so following a furious reaction from the French government.