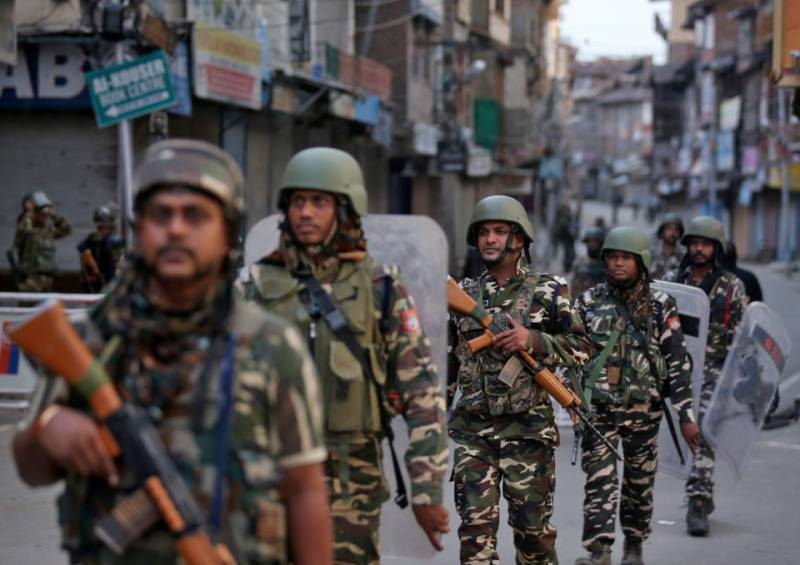 SRINAGAR – Indian military's siege has entered 57th consecutive day with all main markets, schools and offices still closed and transport off the roads in the occupied Jammu and Kashmir.

Continued suspension of internet and mobile phones which has cut the territory from the outside world is adding to the miseries of the people.

Indian paramilitary forces are harassing the residents in Srinagar to rent their properties to the forces’ personnel posted in the territory.

Meanwhile, Indian forces have intensified restrictions in the name of surveillance and area domination operations in the territory.

Additional security bunkers are being constructed in the Srinagar city and elsewhere in the valley.

On the other hand, as a reaffirmation of their resolve to continue freedom struggle against India’s illegal occupation, people have displayed posters at various places in Mendhar town of Poonch district.

Kashmiri leaders from both sides of the Line of Control have called upon UN Secretary-General Antonio Guterres to help initiate a peace process to hammer out a settlement of the decades-old Kashmir dispute.

In a memorandum submitted to the UN chief amid escalating tensions between the two nuclear armed nations following Indian Prime Minister Narendra Modi's illegal annexation of occupied Kashmir, they said genuine Kashmiri leadership should also be associated with the peace process.

The memorandum said the longer the uncertainties continue and the longer the UN and world powers ignore the Kashmir issue, the more dangerous and intractable the crisis becomes.

It said the crisis requires immediate diplomacy that recognises the explosive situation on the ground in Jammu and Kashmir and takes immediate measures to avert it before it explodes.

The Kashmiri leaders also demanded an immediate and complete cessation of military and paramilitary action by Indian forces against people of occupied Jammu and Kashmir.