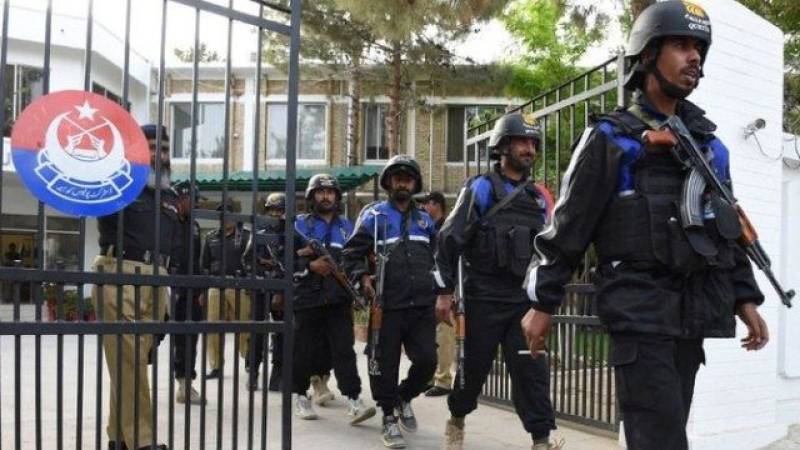 LORALAI - At least one policeman embraced martyrdom while three others suffered injuries in an exchange of fire with suspected terrorists in Balochistan’s Loralai district on Monday.

During the exchange of fire, one suspected militant blew himself up while another one was killed by police.

Station House Officer Loralai, Abdul Rehman detailed that the personnel of the police's Eagle Squad stopped two suspects who were riding a motorcycle near the Lolarai commissioner's office.

However, one of the militants blew himself up and the second was shot dead in retaliatory firing by police, said the official.