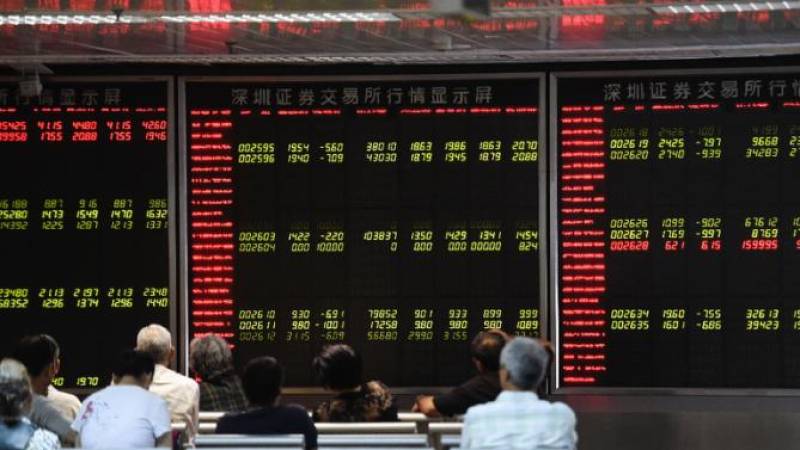 BEIJING (APP) - China's main state broadcaster on Monday paraded a financial journalist "confessing" to causing the stock market "great losses" as authorities seek to rein in a rout on the exchanges.

Wang Xiaolu, a journalist with the respected business magazine Caijing, was held after writing a story in July saying the securities regulator was studying plans for government funds to exit the market.

Beijing has launched interventions on a grand scale to try -- with little success -- to shore up plunging share prices after a debt-fuelled bubble burst in June.

Britain's Financial Times reported at the weekend that China had decided to stop buying shares in favour of intensifying a crackdown on those "destabilising" the market, although there was speculation as recently as last Thursday that government funds were acquiring stock.

The ministry of public security also said at the weekend that 197 people had been punished for "spreading online rumours" on several issues, including the markets and giant deadly blasts in the port of Tianjin on August 12. It gave scant details.

China has unleashed an unprecedented package of support measures, including using state-backed entities to buy stocks and cracking down on "malicious" short-selling -- when investors sell shares they do not own in anticipation of a fall in their price.