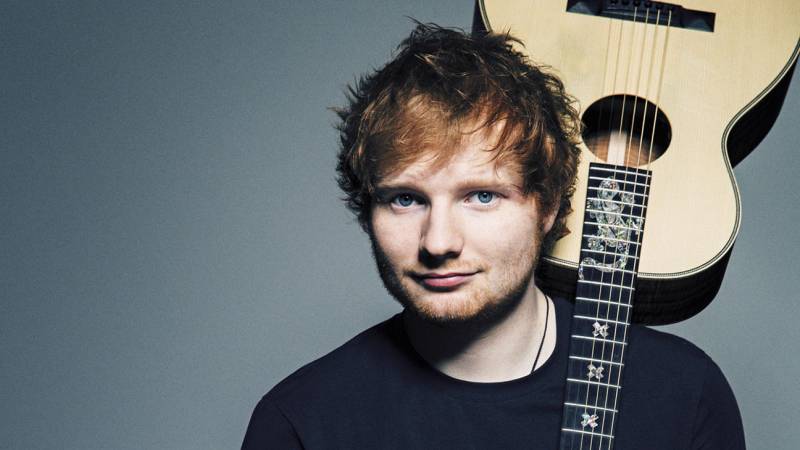 LOS ANGELES - Ed Sheeran is all set to play himself in Danny Boyle’s next film, his first significant role on the big screen. In the movie written by Richard Curtis, former EastEnders star Himesh Patel plays a singer-songwriter who wakes up one day as the only person in the world who remembers the Beatles.

The singer while talking to media shared, “And then I discover him and take him on tour. Then he gets much, much bigger than me through doing stuff. Yeah, it’s very clever,

Sheeran completed his part of production earlier this year, in the middle of his latest tour. The as-yet-untitled movie is set for release in September 2019.

“They shot it around loads of my gigs. So it was a very intense two months. Because I would have four days of gigging and then three days of shooting a film,” Sheeran said. “I was playing myself, so I don’t think I was that bad. There wasn’t much to (mess) up.”

The 27-year-old British pop star says his long-term goal in Hollywood is to make a movie musical in the vein of the 2007 Irish romance Once.

“I want to make something like that. Something like that where songs dictate the film in a way,” he said. “I can’t see myself playing an Avenger, you know? I don’t really want to be an actor.”

Sheeran declined to answer any questions about lawsuits alleging he improperly copied other artists’ work in his hit Thinking Out Loud and in a song he wrote for Faith Hill and Tim McGraw.

“I really can’t talk about that,” he said. “After they’re done, I will talk about it.”