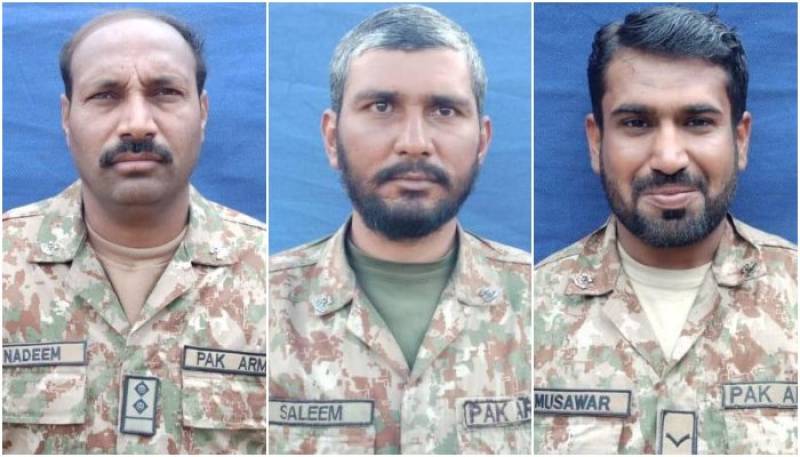 RAWALPINDI - Three soldiers of Pakistan Army embraced martyrdom during a search operation by security forces in South Waziristan, the military said on Saturday.

According to a statement by Inter-Services Public Relations (ISPR), the three soldiers were martyred as terrorists fired at security forces' blocking position during the operation.

Four other soldiers were also injured.