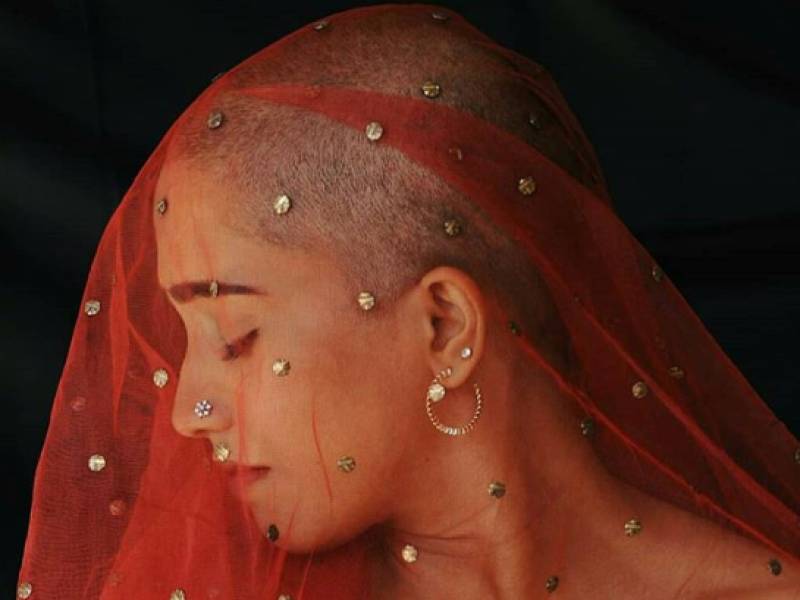 ISLAMABAD - Pakistani actress Suhaee Abro shaved her head for debut in Hollywood film The Window. According to details, the actress has thanked everyone for their support on the social networking website.

“I got my head shaved. I recently finished filming the film The Window, where my character’s requirement was to have certain kind of hair that led to eventually shaving it all off,“ Sohai wrote on Instagram sharing her daring experience of shaving her head with fans.

“I was definitely a little nervous about it but I decided to accept it and embrace it. I don’t plan on hiding it in fact I’m happy to explore this, whole new world without hair,” She added.

“A big thanks to my co-star Faran Tahir @faran.tahir for not only shaving my head for me so gently and lovingly but also helping me face my fears and motivating me to explore this side of me. Including the rest of the team, our lovely directors, assistant directors, makeup artists etc who gave me the moral support I needed not only to shave my head but in my character which has to be one of the most difficult ones I’ve done so far,” Sohaee concluded her post thanking her costar and the entire team of the film.

In my wedding dupatta. These photographs are symbolic of how I'm feeling at the moment. Going back to Italy today after three and a half intense and life changing months. Some beautiful friendships were created during this process that mean so much to me. I experienced and explored many emotions and souls...a new woman within me. With all this I came back home to my parents and now I go back to my partner. Feeling happier, stronger and complete in many ways...a little sad too but that's just part of it. Leaving one place and going to another. Emotions are never black and white. Photography by the wonderful Naureen Shah @naureen_shahstorylistener #photography #shavedhead #weddingdupatta #naureenshah #red

Suhaee is performing a lead role in the movie while other Pakistani artists including Faisal Qureshi, Sami Khan and Faran Zahir will also be seen in the film.