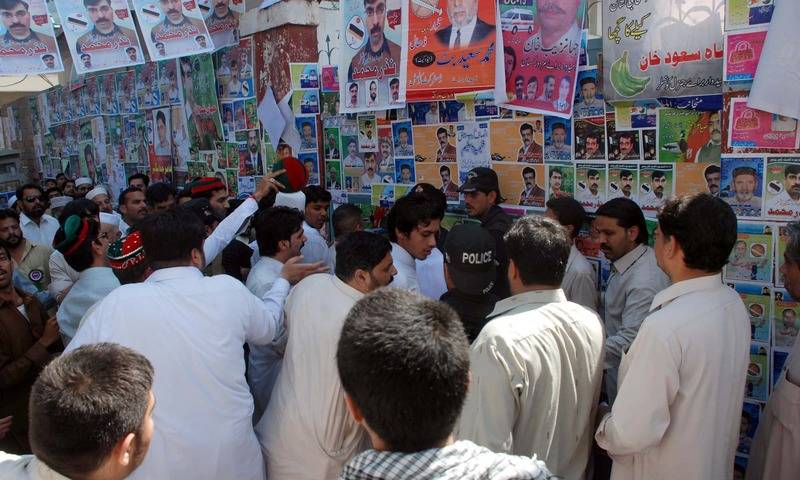 Unofficial results for KP local government setup have started to pour in, following the re-polling in 362 polling stations in 14 districts.

LG elections on the 362 seats held in late May this year were declared void after widespread reports of rigging and irregularities, and voters cast their ballots again on Thursday.

According to reports, women also came out in large numbers to exercise their right of franchise.

Women came out to vote for the first time in Swabi’s Tandkoi Union Council, while reports also received of delays in start of polling in several districts.