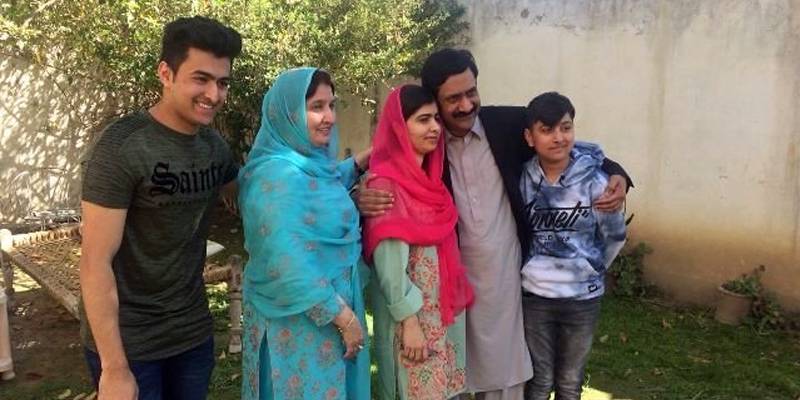 MINGORA - Nobel Laureate Malala Yousafzai landed in Swat valley after nearly six years since she was shot at, to visit the town and her ancestral home, amid beefed up security on Saturday.

Malala was accompanied by her father Ziauddin Yousafzai, family members and State Information Minister Marriyum Aurangzeb among others as she travelled from Islamabad to Swat via helicopter after a security clearance was issued.

The 20-year-old global figure visited her home in the valley and broke down in tears before she proceeded to visit Cadet College and Fizagat Park.

Malala also took to Twitter and declared her native Swat town 'most beautiful place on earth' to her.

The most beautiful place on earth to me. #SwatValley #Pakistan pic.twitter.com/eC4uHPt1wt

The four-day tour of 'Gul Makai' is being kept secret owing to security concerns and newsmen were not allowed to interact with the educationists on Friday, though, Malala gave interviews to leading TV channels.

The social activist arrived in Islamabad on Thursday on her first Pakistan tour since she was shot by a Taliban gunman as she was returning from her school in Swat valley on 9 October 2012.

She suffered bullet injuries and was admitted to the Military Hospital Peshawar and then taken to London for further treatment.

In an interview to Geo TV, the youngest Nobel Peace Prize winner and education activist said that she planned on a permanent return to Pakistan after completing her education.

Malala who is pursuing a degree in Philosophy, Politics and Economics at Oxford University asserted that she had the same right on the country as any another Pakistani.

“We want to work for the education of children and make it possible that every girl in Pakistan receives a high-level education and she can fulfil her dreams and become a part of society.” said the Nobel Award winner.

Unbelievable to be Back Home

Addressing a ceremony at the PM House on Thursday, Malala expressed that she was happy to be back home but still could not believe this. 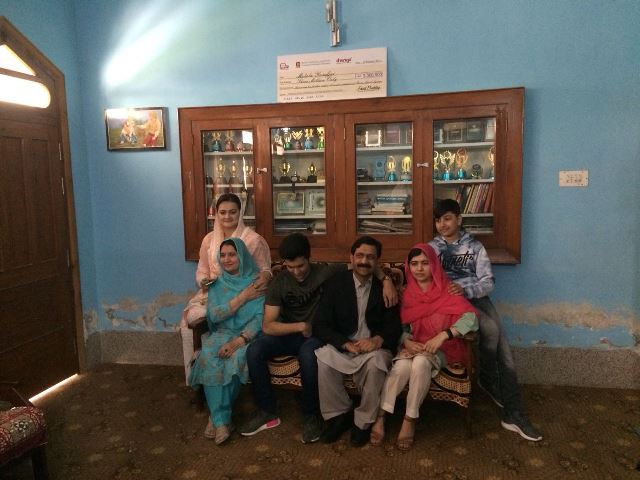 “From growing up in Swat and then the attack, to have to leave the country. Everything was happening by itself and I could not control anything,” said an emotional youngster.

“I am just 20-year-old, even then I had endured so much in life, if it were up to me, I would never have left this place,” Malala continued to a thunderous applause from the audience.