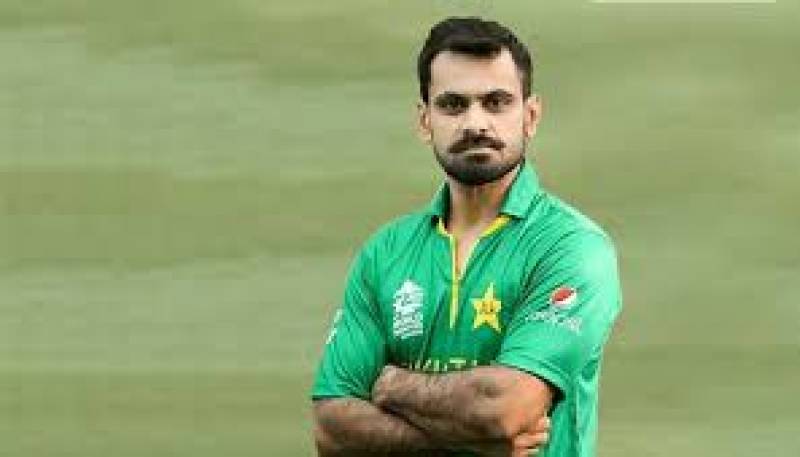 ISLAMABAD - Pakistan all-rounder Mohammad Hafeez believes Mickey Arthur was the most powerful coach in the history of Pakistan cricket, saying everything went according to his way.

“Whatever Mickey wanted whether it was good or bad it was done. He was given a lot of powers that the other coaches lacked.

There were also double standards and favoritism during his time,” he said while talking to a private news channel.

To a question, he said he liked former coaches late Bob Woolmer and Mohsin Hasan Khan who had been associated with the national team in the past.

“Bob was a great coach, he was good on basics and setting conditions and also made good combinations in the team. On the other hand, Mohsin has a good sense of cricket and he really impressed me,” he said and added we have good former cricketers in the country whose skills should be utilized.

Speaking about his retirement, Hafeez who was also termed as ‘Professor’ said he was seeing himself retiring after this year’s Twenty20 Cricket World Cup in Australia.

“I want to retire respectfully after the T20 World Cup but will continue playing leagues around the world as long as I am fit and performing,” Hafeez, who scored 1,992 runs in 91 T20s said.

Hafeez, who scored 3,652 runs in 55 Tests, said Indian skipper Virat Kohli and Pakistan’s batting sensation Babar Azam should not be compared. “Kohli is a brilliant cricketer and Babar is also playing exceptionally well. Both have their own class,” he said.

He said standards need to be set regarding cricketers who bring a bad name to the country.

Hafeez, who scored 6,614 runs in 218 ODIs, also lauded Pakistan Cricket Board, the government and the armed forces for staging full-fledged edition of Pakistan Super League (PSL) 2020 in the country. “People missed this type of festivity for the past 10 to 12 years,” he said.